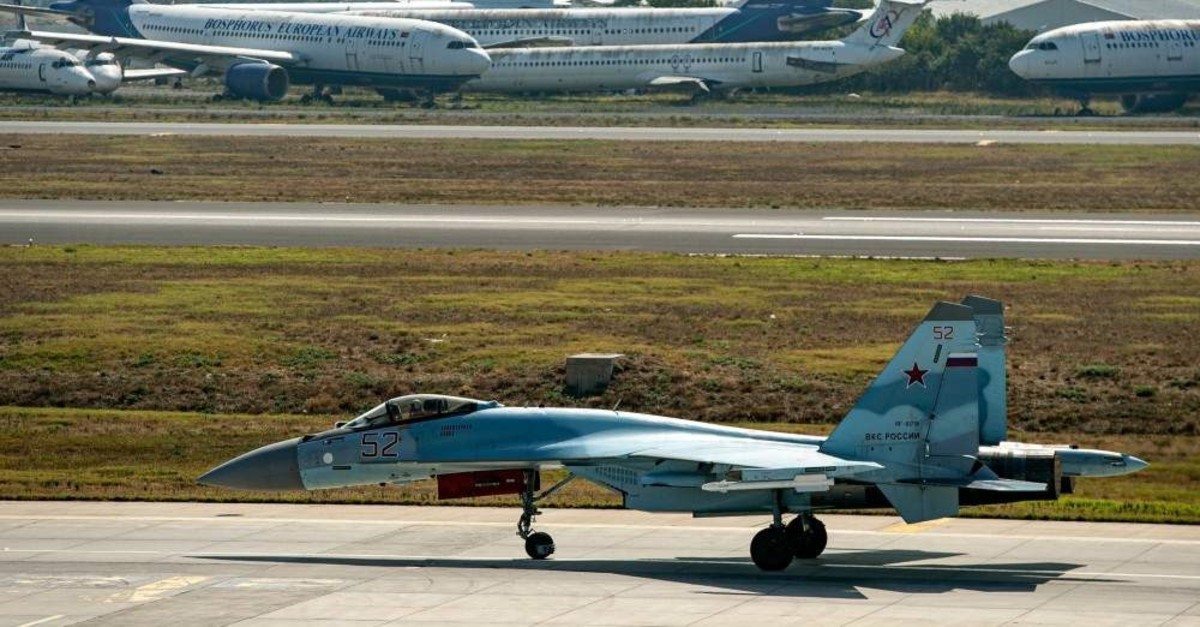 “The talks have matured,” it quoted a senior Turkish procurement official as saying. “A deal does not appear to be too distant,” the official added.

Multiple reports have recently suggested that Turkish and Russian officials are discussing the details of the sale of a total of 36 Su-35 fighter jets to Turkey, two months after President Recep Tayyip Erdoğan's visit to the International Aviation and Space Salon (MAKS) aviation show outside of Moscow.

The report by Defense News, however, cited the Turkish official as saying that Turkey could buy two squadrons, which is a batch of 48, of Su-35s, although, the official added, the final figure may change during the negotiation process.

On the potential price per jet, an aerospace industry specialists in Ankara told Defense News that Moscow “would probably price the fighter jet between $50 million and $70 million.”

“The potential Su-35 deal has strategic value for the Russians,” he said.

Reports last week also claimed that officials are also discussing Turkey’s possible involvement in the production of some components of the fighter jets, including its precision weapons and ammunition.

If finalized, the deal would be Ankara’s second major purchase of weapons system from Moscow.

Turkey has acquired two batteries of the Russian-made S-400 air missile defense systems within the scope of a $2.5-billion deal inked in December 2017.

Turkey has been at odds with the United States over its deal with Russia on the S-400s. The U.S. suspended Turkey, a fellow NATO member, from its F-35 stealth fighter program in reaction to Ankara's purchase. Washington argued the S-400 would be incompatible with NATO systems and expose the F-35 to possible Russian subterfuge. Turkey, however, emphasized the S-400 would not be integrated into NATO systems and would not pose a threat to the alliance and refused to step back from the deal.

Russia and Turkey are in talks about extra deliveries of the S-400 missile defense systems to Ankara, the head of Russia’s defense sales agency Rosoboronexport said on Wednesday, the Interfax news agency reported.

The deliveries of the S-400s began in July and were completed in mid-September. President Recep Tayyip Erdoğan said the systems would be fully deployed in April 2020.

It is this deal that the official said could lead to Moscow agreeing to give Turkey a favorable price in the fighter jet deal.

At a visit to MAKS-2019 on Aug. 27, Erdoğan was shown the newest generation of Russian stealth aircraft, the Su-57 fighter jet, Su-35 fighter jets, the Ka-52 military helicopter and Mi-38 transport helicopter.

Soon after Erdoğan's visit, Sergei Chemezov, the head of Russia's state-owned manufacturer Rostec, said they would be willing to sell Russia's top air superiority warplane to Turkey if Ankara "expresses the desire."