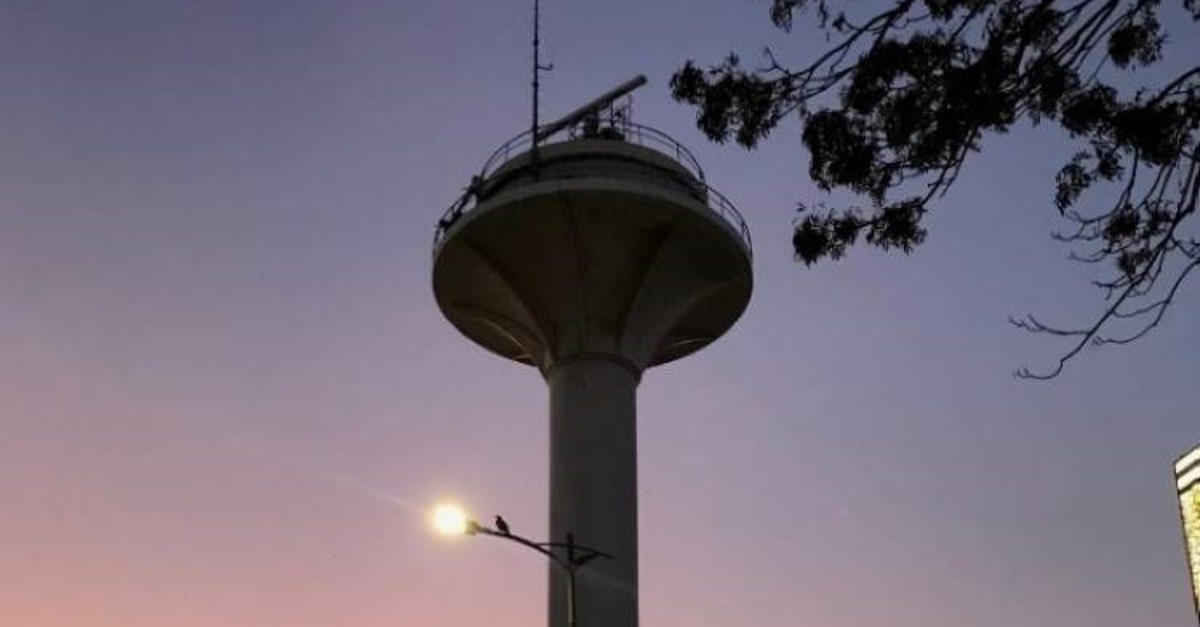 ASELSAN has installed new electro-optical systems in the Bosporus and Dardanelles Straits to allow continuous monitoring of ship traffic, Nov. 1, 2019. (AA Photo)
by Daily Sabah with AA Nov 01, 2019 5:21 pm
ASELSAN, Turkey’s leading defense firm offering integrated system solutions for military and civilian purposes, has installed new domestically developed electro-optical systems that allow nonstop monitoring of marine traffic through the straits in Istanbul and Çanakkale.
ASELSAN’s Ekinoks cameras were integrated into the traffic surveillance stations in Istanbul’s Ahırkapı, Üsküdar, Kandilli, Kanlıca, Beykoz, Yomburnu, Garipçe and Rumeli Kavağı districts on Friday to monitor the traffic on the Bosporus. In the Strait of Dardenelles, cameras were also installed in several locations, including Zincirbozan, Gocuk Burnu, Kepez, Kumkale and Poyraztepe.
The new system is an upgrade of the Turkish Strait Vessel Traffic Services (TSVTS) system commissioned by the Coastal Safety Directorate under Turkey’s Transport, Maritime Affairs and Communications Ministry.
The cameras installed are capable of fixed and moving tasks, and have optical zooms up to 30x, as well as infrared led and laser lighting.
The project also includes ASELSAN's Reis Coast Guard Radar, which can detect and monitor above-sea targets and low-altitude air targets.
Reis is a coastal surveillance radar with a redundant send/receive structure that provides advanced target detection and segregation, and automatically provides continuous operation in case of failure. It is also used in applications such as ship traffic services, and port and migration control.
The Turkish Strait Vessel Traffic Services (TSVTS) system currently used in the Turkish Straits, which are one of the most important waterways in the world, will provide uninterrupted monitoring on a 24/7 basis with domestic and national technologies.
With $1.8 billion in revenue last year, Turkey’s largest defense electronics company ASELSAN ranked 52nd on U.S.-based magazine Defense News' annual top 100 list, up from 55th in 2017.
ASELSAN is active in the fields of military and civil telecommunications, radar, electronic warfare, defense, weapons, command control and navigation systems.
Last Update: Dec 20, 2019 1:23 am
RELATED TOPICS