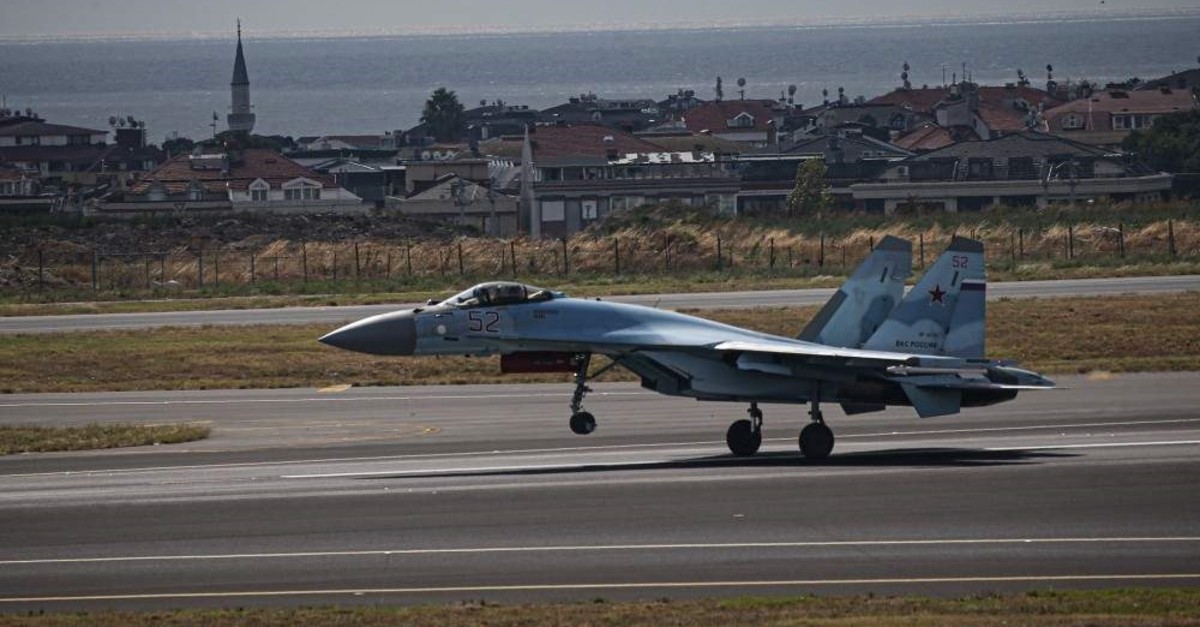 The head of the Presidency of Defense Industries (SSB) İsmail Demir yesterday said Russia had offered to sell Turkey its Su-35 jets and that Turkey is evaluating the offer.

“There is an offer and we are evaluating it. There cannot be such a thing as ‘we’re buying tomorrow’ in such matters. The offer’s financial and strategic aspects will be examined, there cannot be an immediate decision,” Demir told broadcaster NTV.

“It would not be right to say ‘the F-35 era is closed, the Su-35 era is beginning,’ but we will evaluate the offer,” Demir said yesterday.

Multiple reports have recently suggested that Turkish and Russian officials are discussing the details of the sale of a total of 36 Su-35 fighter jets to Turkey, over two months after President Recep Tayyip Erdoğan’s visit to the International Aviation and Space Salon (MAKS) aviation show outside of Moscow.

Reports recently also claimed that officials are also discussing Turkey’s possible involvement in the production of some components of the fighter jets, including its precision weapons and ammunition.

At a visit to MAKS-2019 on Aug. 27, Erdoğan was shown the newest generation of Russian stealth aircraft, the Su-57 fighter jet, Su-35 fighter jets, the Ka-52 military helicopter and Mi-38 transport helicopter.

If finalized, the deal would be Ankara’s second major purchase of weapons system from Moscow. Sensing that its protracted efforts to purchase the Patriot missiles from the U.S. were not heading for success, Turkey acquired two batteries of the Russian-made S-400 air missile defense systems within the scope of a $2.5-billion deal inked in December 2017.

The deal caused tension between Ankara and Washington as the latter even threatened to impose sanctions. U.S. President Donald Trump said, however, that he was not considering punishing Turkey.

The U.S. suspended Turkey, a fellow NATO member, from its F-35 stealth fighter program, in which Turkey is a major manufacturer and buyer, in reaction to Ankara’s purchase. Washington argued the S-400 would be incompatible with NATO systems and expose the F-35 to possible Russian subterfuge.

Turkey, however, emphasized the S-400 would not be integrated into the NATO systems and would not pose a threat to the alliance and refused to step back from the deal.

‘DELIVERY OF SECOND BATCH OF S-400s MAY BE DELAYED’

The first deliveries of the S-400s began in July and were completed in mid-September.

SSB Head Demir yesterday said the delivery of a second batch of Russian S-400 missile defense systems to Turkey may be delayed beyond a planned 2020 timeline by talks on technology sharing and joint production.

"We are planning a timeline for next year. As opposed to the first (batch), there is joint production and technology transfer here. It is beyond the 'let's buy it quickly and install it' of the first system," he noted.

"The joint production concept may move the timeline. We have some sensitivities regarding some of the production being here. Technical work continues," he said.

Demir also emphasized that Turkey was still open to offers by the United States to buy U.S. Patriot missile defense systems as long as the proposal meets Ankara’s conditions.