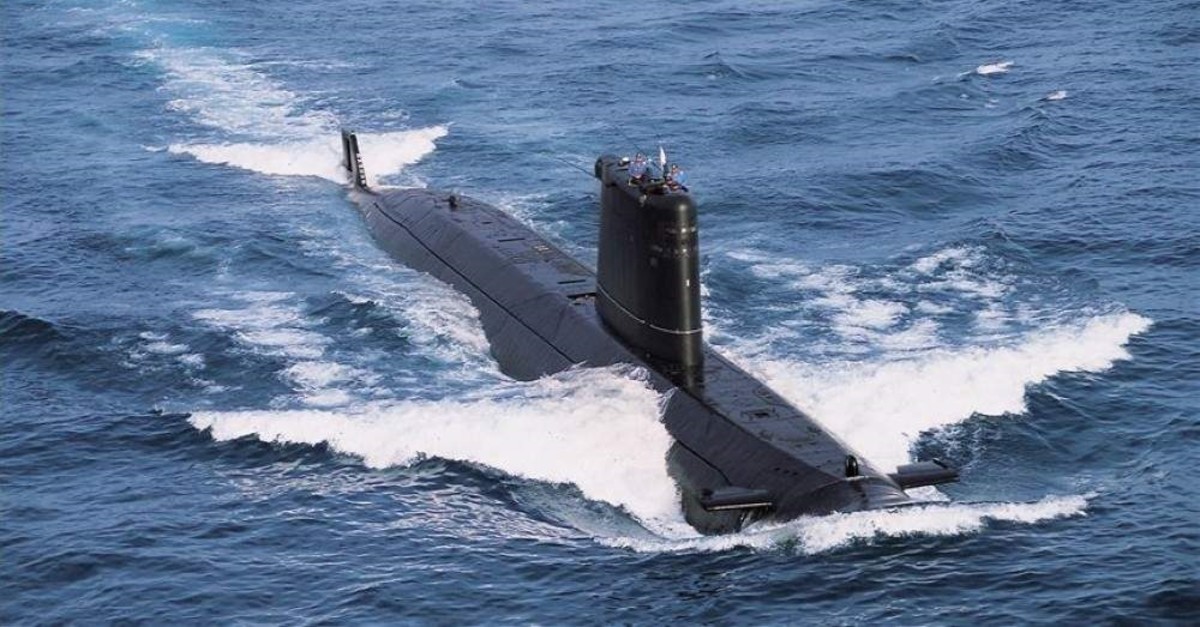 AA Photo
by daily sabah
Nov 11, 2019 5:27 pm
ASELSAN, which has become a global player in underwater acoustics and sonar systems, is shaping the future in this field.
In various global sonar system market analyses conducted in recent years, ASELSAN has been named a main global player.
ASELSAN, as well as other companies such as Northrop Grumman, Thales and Kongsberg, was examined among 14 main players under the category “Main Players in the Sonar Systems Market” for the "Sonar System-Global Market Outlook 2017-2026” report.
It is worth noting that these evaluations are in the sonar market review reports, which are based on specific criteria and in-depth research.
Behind ASELSAN being named a global player the reports guiding the underwater acoustic world lie a wide variety of studies and the knowledge, infrastructure and human resource quality on which they are based.
During the 10-year period in which ASELSAN has operated mainly in the field of underwater acoustics, it has successfully completed 33 deliveries for 11 different local and unique underwater acoustics systems on 36 different platforms – 16 submarine and 20 surface – in Turkey and abroad. The company continues to work in accordance with the contract schedules for 37 systems.
Having exported three different underwater acoustic systems specific to submarine platforms, ASELSAN has fulfilled its mission of becoming a global player.
One of the most important products of ASELSAN in underwater acoustics and sonar systems is the FERSAH Hull Mounted Sonar System.
The new-generation FERSAH Hull Mounted Anti-Submarine Warfare (ASW) Sonar, developed with cutting-edge technologies and given additional properties in line with the needs of the Turkish Naval Forces under the Barbaros Class Frigate Half Life-Cycle Full Modernization Convention, will be integrated into four frigates. This will be increased with new shipbuilding and modernization projects.
FERSAH will be one of the most important components used to carry out the detection, monitoring and classification functions of the underwater contacts of the ship to ensure that the ship avoids torpedoes aimed at it and to develop attacks against hostile submarines.
EXPORTS OF SONAR SYSTEMS
KULAÇ, an echo-sounding system developed to meet the needs of surface ships with national facilities, was integrated into four submarines in Turkey after a winning tender against a leading manufacturer abroad. As the first underwater system sold for Indonesian submarines and exported in the field of acoustics, KULAÇ has been integrated and is being integrated into 19 ship platforms with five different submarines in Turkey and abroad.
With the Acoustic Torpedo Countermeasure Decoy System (DAKA) for submarines, all submarines in the Turkish Naval Forces' inventory have gained the modern ability to defend against torpedoes. The acoustic decoy and jammers (ZOKA Decoy family) developed within the scope of this project have been produced and made available to the Turkish submarine fleet.
The first overseas order for ZOKA – Acoustic Torpedo Countermeasure Jammers and Decoys – has been received from Indonesia.
The ZARGANA Submarine Torpedo Countermeasure System provides an effective defense against torpedoes through its autonomous operation and rapid reaction capability.
Development of a launcher system to launch ZOKA acoustic decoy and jammers from outside the hull of submarines is now complete. The system is being integrated into eight submarine platforms in inventory under the contract. ZARGANA is being sent abroad to be integrated into submarines in the Pakistan Navy's inventory.
ASELSAN INTERCEPT SONAR SYSTEM
Within the scope of the Submarine Intercept Sonar Procurement Tender of the Ministry of National Defense, three Submarine Intercept Sonar Systems (ASIST) have been added to the inventory, providing significant support to the operations of submarines. ASIST is the first national sonar system to be integrated into Turkish submarines as a whole from the sonar marine unit to onboard units.
ASELSAN has also developed the Mine Detection Sonar System (MATESS) with its own resources to be used in submarines and mine-hunting vessels. The system was harmonized and used for the modernization of the inship units of a mine-hunting vessel.
Under the Preveza Class Frigate Half Life-Cycle Full Modernization Convention, ASELSAN will modernize the underwater units of six sonar systems – the Cylindrical Index Sonar, Passive Distance Detection Sonar, Lateral Index Sonar, Cylindrical Intercept Index, Active Sonar and Self-Noise Measurement – in each submarine.
In addition to these completed projects and others that are progressing on schedule, ASELSAN aims to meet the needs of Turkey and to take advantage of new export achievements with AKUSTIKA Underwater Acoustic Communication Network, the TORK Anti-Torpedo Torpedo, the ORKA Lightweight Torpedo, Low-Frequency Active Sonar System Development (DUFAS), ASELBUOY Passive Directional Sonobuoy and the Underwater Acoustic Surveillance Network (SAGAP).
Last Update: Dec 20, 2019 1:36 am