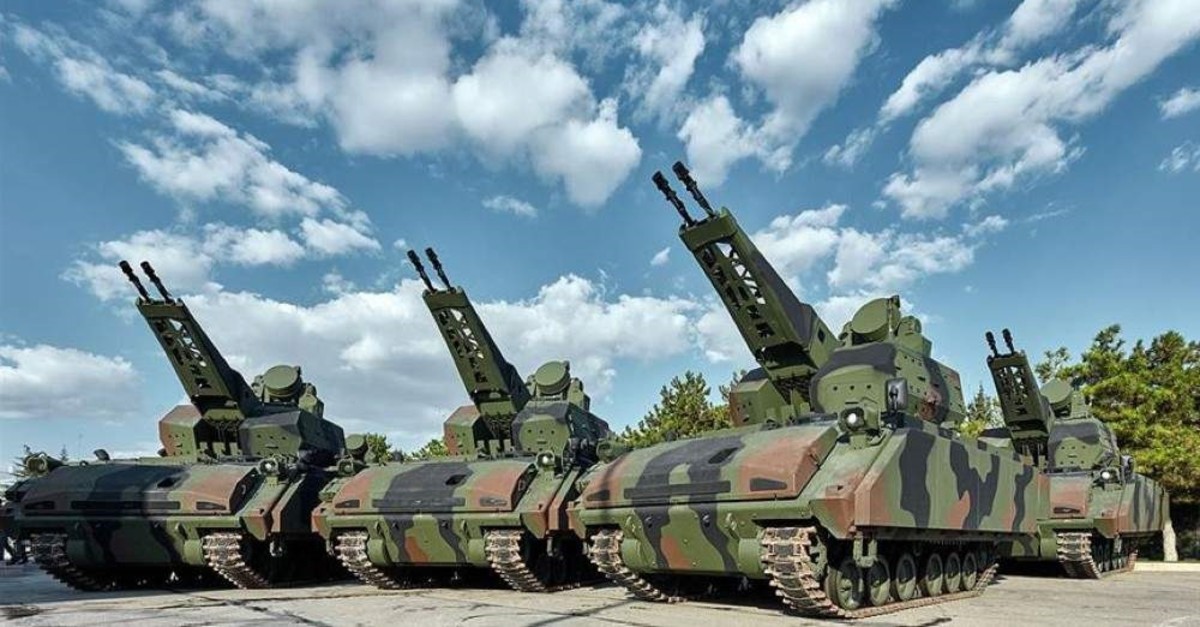 President of Defense Industries (SSB) İsmail Demir confirmed Tuesday that the Turkish Armed Forces (TSK) have added 10 more self-propelled Korkut Air Defense Gun Systems to its inventory.
Demir told Anadolu Agency that with the last delivery there is now a total of 13 systems, developed by leading defense company Aselsan, in the TSK’s inventory.
SSB and Aselsan inked a deal for the mass production of the system, which was domestically developed to meet Turkey’s low-level air defense needs, initially in 2016 and the first delivery was made in March 2019.
Korkut has the capability of firing 1,100 rounds per minute and it can destroy rockets some 4 kilometers before they hit the ground, in cases where they are not detected by military drones.
The system consists of three weaponry system vehicles and a command and control vehicle connected to each other by radio.
In addition to the classic type of ammunition, Korkut also uses Atom, a 35-millimeter particle ammunition developed by Aselsan.
While the system responds to classic air threats such as airplanes and helicopters, Korkut also provides defense in the most effective way against current air targets such as air-to-land missiles, cruise missiles and unmanned aerial vehicles.