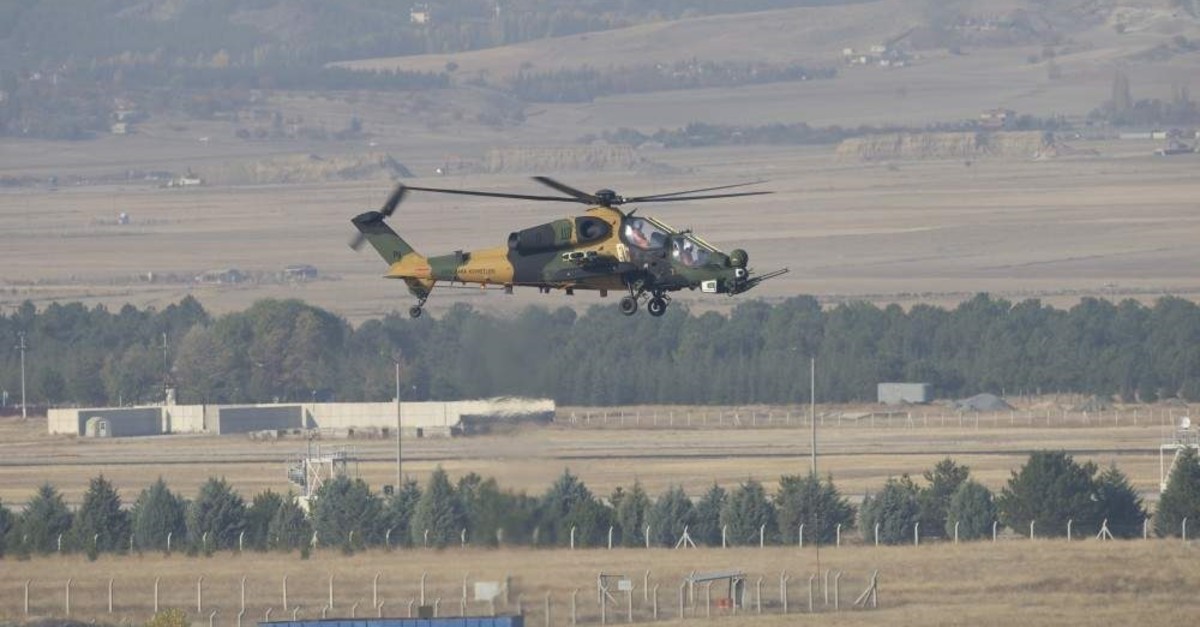 Turkey’s domestically developed T129 Tactical Reconnaissance and Attack Helicopter (ATAK) has been upgraded and performed its maiden flight on Wednesday at the facilities of Turkish Aerospace Industries (TAI) in Ankara.
Defense Industries President İsmail Demir announced the upgraded ATAK’s first flight on his official Twitter account. “The ATAK Phase 2, equipped with a laser warning system and upgraded electronic warfare systems, successfully carried out its maiden flight,” he said. Demir also noted that the new stronger and updated ATA helicopters will be delivered to the Turkish military in the second half of next year.
Phase-2 configuration of the ATAK includes additional Electronic Warfare systems such as a laser warning receiver, a radio frequency jammer, a radar warning system and a 9681 V/UHF Radio
TAI, the contractor of the project being carried out by the Defense Industries Presidency (SSB), has so far delivered 53 T129 ATAK helicopters to the Turkish military. In the initial phase, the plan is to deliver 21 reconfigured ATAK helicopters.
The ATAK is a new generation, tandem, two-seat, twin-engine helicopter specifically designed for attack and reconnaissance. Developed from the combat-proven AgustaWestland A129CBT, the aircraft incorporates a new system philosophy with a new engine – the LHTEC CTS 800-4A, new avionics, sight systems and weapons, a modified airframe, an uprated drive train and a new tail rotor.
Last Update: Dec 20, 2019 1:41 am
RELATED TOPICS