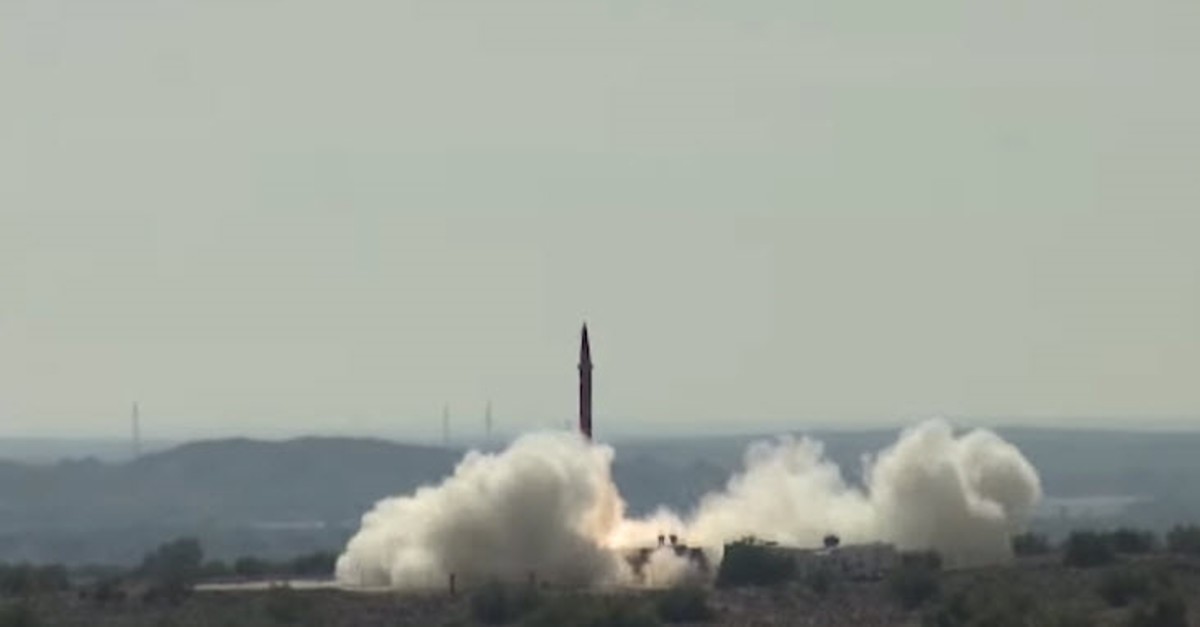 In this Nov. 18, 2019 frame grab from video provided by the Pakistan Armed Forces shows a test launch of Shaheen 1 ballistic missile.
by Anadolu Agency Nov 18, 2019 2:13 pm
Pakistan on Monday carried out "successful" training launch of a ballistic missile, the army said, amid spiraling tensions with longtime rival India.
Surface-to-surface "Shaheen 1" — named after a falcon species, also symbol of country's air force — is capable of delivering "all types of warheads" at a range of up to 650 kilometers (403 miles), Maj. Gen. Asif Ghafoor, a spokesman of Pakistani army, said on Twitter.
The military also issued a video of the training launch — the second one since August.
"Troops displayed a high standard of proficiency in handling and operating the potent weapon system, ensuring Pakistan’s credible minimum deterrence," Ghafoor added.
The latest test marks the country's fourth missile test this year. Pakistan test fired surface-to-surface Ghaznavi, Shaheen-II ballistic missiles, and tactical ballistic missile Nasr in August, May and January respectively.
Already heightened tensions between Pakistan and India have further flared up following New Delhi's decision to strip the autonomy of Jammu and Kashmir on Aug. 5, with security experts fearing a fresh arms race in South Asia.
Last Update: Dec 20, 2019 1:45 am
RELATED TOPICS