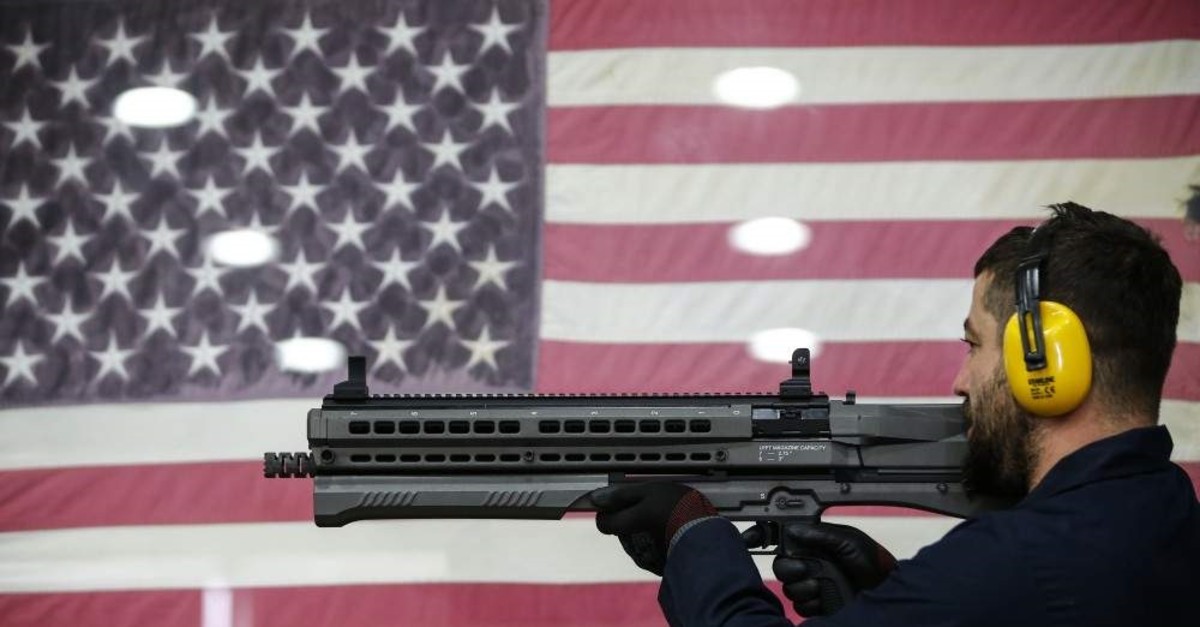 Weapons produced in factories in Antalya have been exported to 35 countries including the U.S, Canada and Russia. (AA Photo)
by Anadolu Agency Nov 20, 2019 2:11 pm
Turkish-made weapons are increasingly being demanded from outside Turkey, including by world-famous Hollywood movies, due to their unique appearance.
Weapons produced in factories in the southern Mediterranean province of Antalya have been exported to 35 countries including the U.S, Canada, and Russia.
All made with local materials, the props have been used in many movies.
“Entering the weapons business had been a childhood dream of mine, and now I have fulfilled my goal," said Abdullah Güzeldere, president of the UTAŞ Defense Industry and Trade Inc., which produces six firearms including the UTS-15 tactical shotgun.
After living in the U.S., Güzeldere moved to Turkey and founded the factory.
"Designing and producing a weapon takes two or three years. This is not easy at all," said Güzeldere. "Our weapons are not only used in the defense industry but have also been used in Hollywood movies. We are glad to see that the weapons we produce are also used in these areas. We are contributing to the country's economy with $10 million."
Last Update: Dec 20, 2019 1:48 am
RELATED TOPICS