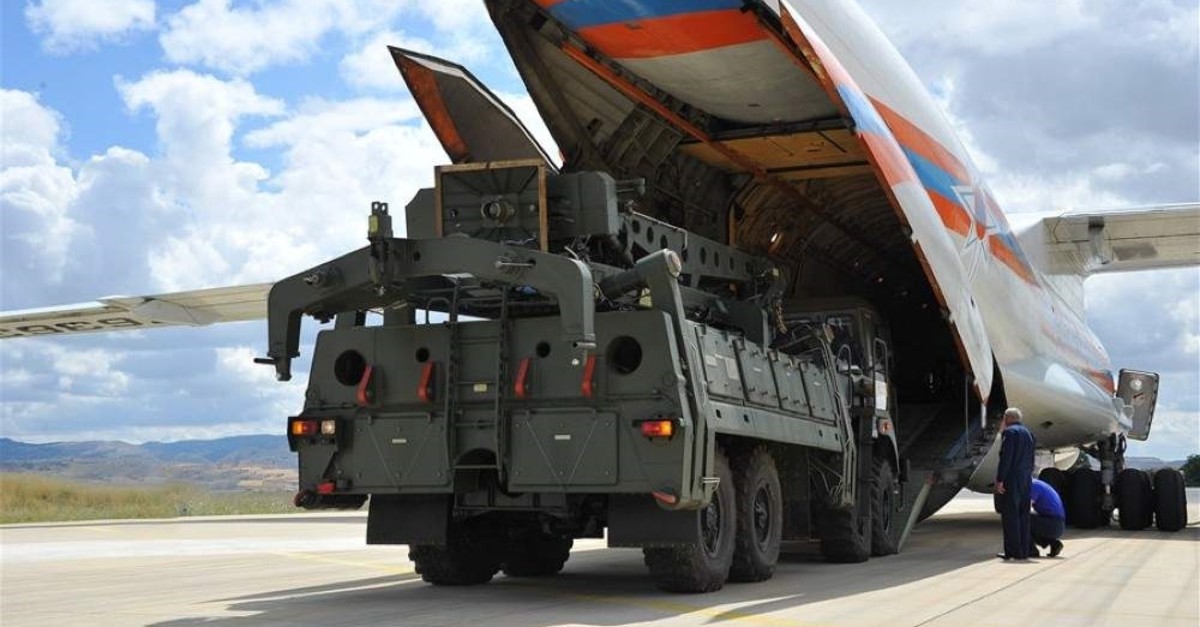 by Daily Sabah Nov 25, 2019 11:45 am
Turkey will test the S-400 missile defense systems it purchased from Russia in Ankara, a report said Monday.
The Turkish military will fly its fighter jets near the Mürted Air Base on Monday and Tuesday to test the S-400’s radar systems, Milliyet daily said.
The Ankara Governorate announced late Sunday that the test flights will be conducted near the capital in the next two days.
“Within the scope of some projects carried out in coordination with the Presidency of Defense Industries, F-16 aircraft and other aircraft belonging to the (Turkish) Air Force will carry out low and high altitude test flights on Monday and Tuesday in the skies of Ankara,” the governorate said.
Russia delivered two batteries of the S-400 system to Turkey between July and September.
Following protracted efforts to purchase an air defense system from the U.S. with no success, Ankara signed a $2.5 billion contract in 2017 to purchase the Russian S-400s.
The Russian missile system purchase has been a sticking point between Turkey and the U.S. for some time as Washington has argued that the S-400 system would be incompatible with NATO systems. Turkey, however, emphasized the S-400 would not be integrated into NATO systems and would not pose a threat to the alliance and rejected stepping back from the deal.
Security sources earlier suggested that the Russian systems will be deployed in Ankara and will be fully operation by April 2020.
Last Update: Dec 20, 2019 1:54 am
RELATED TOPICS