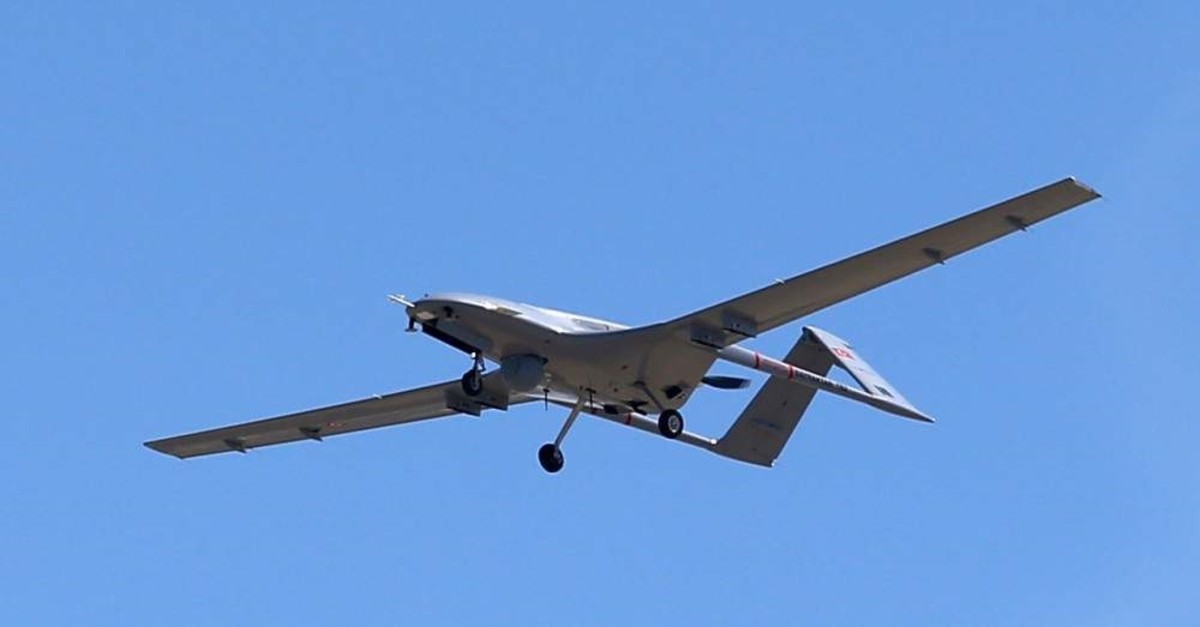 | AA Photo
by Daily Sabah Nov 27, 2019 9:24 pm
Turkey's leading armed drone manufacturer dismissed a report claiming that the country owed its success in developing sophisticated unmanned aerial vehicles (UAVs) to technology imported from the United Kingdom.
The report by British daily The Guardian published Wednesday alleged that "vital assistance" from Brighton-based EDO MBM Technology in the form of supplying the Hornet missile racks helped Turkey become a major player in the armed drone manufacturing industry. According to the report, Bayraktar TB2 – Turkey's most effective armed UAV to date made by Baykar – would be unable to fire missiles during tests if not for the British-supplied technology.
However, Selçuk Bayraktar, chief technology officer at Baykar and the developer of the TB2, refuted the claims made by The Guardian.
"We never got it from you. It is very expensive (and) it does not work in all cases. We have designed and produced a much more advanced, cost-effective version of our own," Bayraktar said in a tweet.
The Bayraktar TB2 system, which has fully autonomous taxi, take-off, normal cruising and landing capability with its three-redundant avionics systems and sensor fusion architecture, has been actively used since 2014 as the first national tactical unmanned aerial vehicle system included in the Turkish Armed Forces (TSK) inventory. The drones have since played a major role in Turkish security forces' anti-terror operations at home and abroad.
Performing active reconnaissance, surveillance and intelligence flights, the Bayraktar TB2 has the ability to transmit images to operation centers without delay and engage targets. It boasts a service ceiling of 8,239 meters (27,030 feet) and a flight endurance of 24 hours. It can carry 150 kilograms (330 pounds) of payload and can be operated day and night.
The Bayraktar TB2, capable of carrying four MAM-L and MAM-C missiles produced by Roketsan on its wings, can make precise targeting with its built-in laser target marker. This makes Turkey one of the six countries in the world producing its own armed drones and ammunition. The national drone, which was completed with a 93% local content ratio, is a system that offers a fast "see-and-shoot" all-in-one solution in order to prevent possible damage to areas close to the target. Armed for the TSK, the system enables reconnaissance, continuous aerial surveillance, target detection and destruction.
In January, Baykar signed an agreement with Ukrainian company Ukrspetsproject on the sale of 12 Turkish Bayraktar TB2s to the Ukrainian army. Baykar also signed a deal in March 2018 with Qatar to sell six drones to the Qatari forces. The negotiations for the export of the Bayraktar TB2s also continue with other countries.