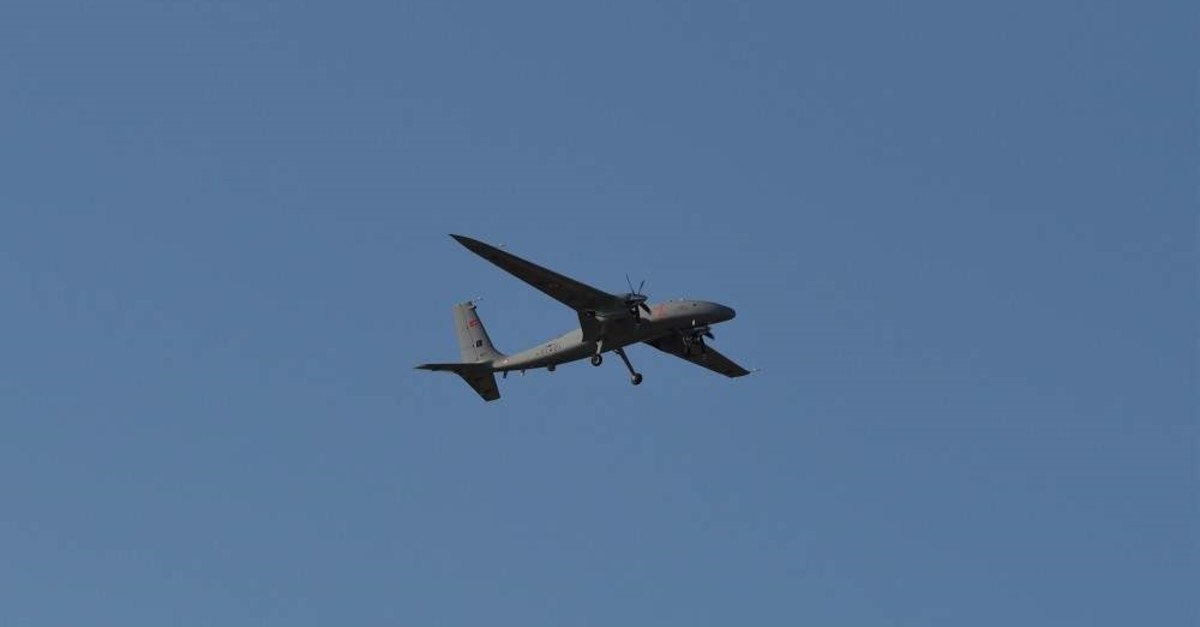 | AA Photo
by Daily Sabah Dec 07, 2019 12:39 am
Turkey’s newest armed drone successfully completed its first test flight, manufacturer Baykar announced Friday.
The Akıncı drone stayed in the air for 16 minutes after smoothly completing fully-automatic taxi and takeoff. Akıncı also successfully performed its first fully-automatic landing at the end of the test.
The test was held at an airdrome in Çorlu in northwestern Tekirdağ province.
The drone passed its first engine test back in September.
Operated with two turbine engines, the Akıncı can carry nearly 1.5 tons in useful load: 900 kilograms external and 450 kilograms internal. Flying at an operational altitude at 40,000 feet, the Akıncı can stay in the air for 24 hours. The platform can be controlled via domestically developed satellites.

Baykar officials have said that the drone may be equipped with air-to-air missile systems domestically developed in Turkey and may be deployed in air-to-air missions.
The drone is expected to carry out its first test flight within this year and is expected to officially start serving Turkish security forces in 2020.