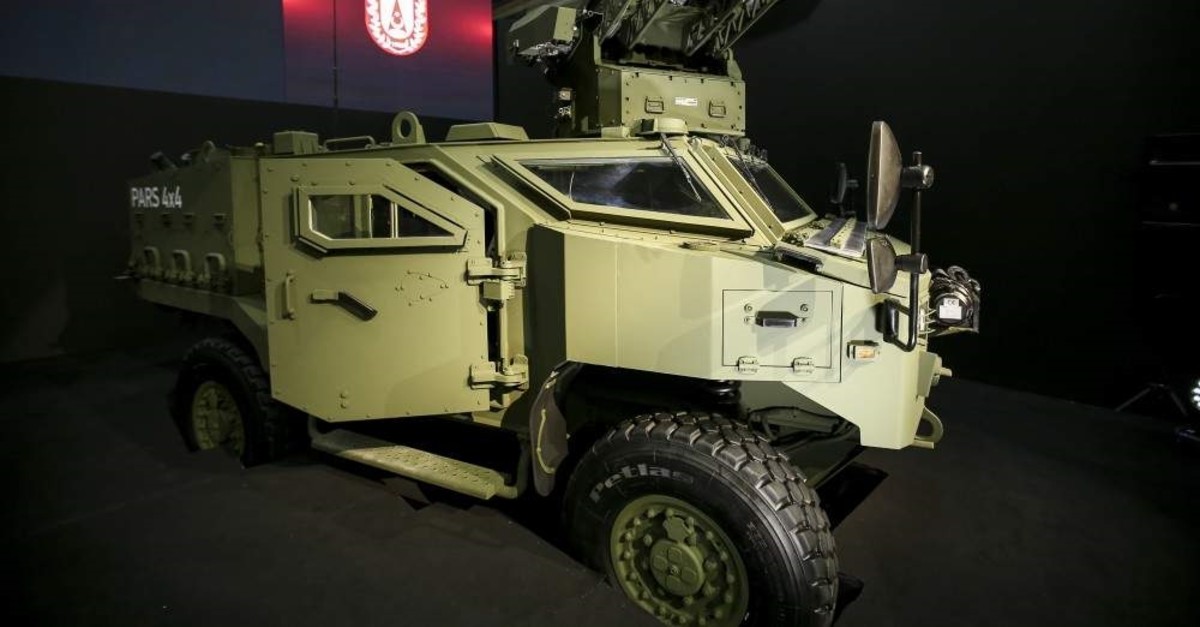 Two weapon carrier vehicles were delivered to the Turkish Armed Forces (TSK) on Wednesday under the scope of an agreement previously linked between the Defense Industries Presidency (SSB) and the Turkish defense firm FNSS.

The delivery of the vehicles, Kaplan and Pars, which form the first group of vehicles that entered the Turkish army's inventory so far under the agreement, was carried out with a ceremony held in FNSS's facility in the Gölbaşı district of the Turkish capital Ankara.

Under the scope of the project, a total of 260 arm-carrying vehicles, 184 of which are tracked and 76 of which are wheeled and 64 anti-tank missiles Kornet E gun turrets will enter into TSK's inventory through 2022 along with 196 medium-ranged anti-tank weapon system OMTAS gun turrets.

SSB Chairman İsmail Demir said during the ceremony that the SSB ceaselessly continues its projects to fully meet the design, development, production and export needs of the Turkish defense industry by domestic means.

Demir also thanked the Tümosan engine and tractor company for their contribution to the development of domestic engines used in Kaplan and Pars, which will be equipped with new features in the upcoming period.

Turkey will have an important place within the export market with the diversification of the anti-tank weapon systems and turrets on these vehicles, rendering them more functional. Demir noted that the newly-delivered vehicle, together with the various optical monitoring and control systems, will be an important element of combat that will ease the load of tanks.

Touching upon the growing accomplishments of the Turkish defense industry, Demir underscored the remarkable progress that the domestic industry has made in reducing the country's external dependency.

Demir said that they added many vehicles to the inventory of the security forces thanks to expanded domestic production that has boosted Turkey's independence in the defense industry while proving its success in the various counterterrorism operations both at home and abroad, namely Operation Euphrates Shield, Operation Olive Branch and Operation Peace Spring.

The projects that will further increase the domestic production rates, especially regarding the land vehicles are ongoing, Demir said. Turkey is dependent on foreign supply for armor steel and engine along with the transmission vehicles. Turkish defense has come a long way in terms of producing an armor steel sector, especially with the valuable initiatives of the private sector, and it will soon be produced domestically for the land vehicles.

The SSB head stressed that they have launched the development of unmanned land vehicles – a sector in which Turkey has already seen a quick start in three categories such as light, medium and heavy class vehicles. The light segment unmanned land class vehicles have already been delivered.

Also speaking at the ceremony, FNSS Chairman Nail Kurt said that the two weapon carrier vehicles and turret guns were designed and produced in due consideration of the Turkish military's needs and demands. The vehicles, he maintained, are a product of sedulous efforts of system engineering and optimization to respond to different needs of the Turkish army, including high protection against mines and ballistics.

"The development and production of four different products in a short time highlights the competence of the Turkish defense industry, especially inland systems," he said.

During the ceremony, FNNS also signed two separate agreements with Turkish defense giant ASELSAN and engine producer Tümosan. The deal with ASELSAN includes the production of special-purpose tactical wheeled armored vehicles while the agreement with Tümosan covers the production of the domestic engines of such vehicles.

FNSS Defense Industries Company is Turkey's first private-sector defense company. The Ankara-based Nurol Makina holds a 51% stake in FNNS while the remaining 49% is owned by the U.K.-based BAE Systems.