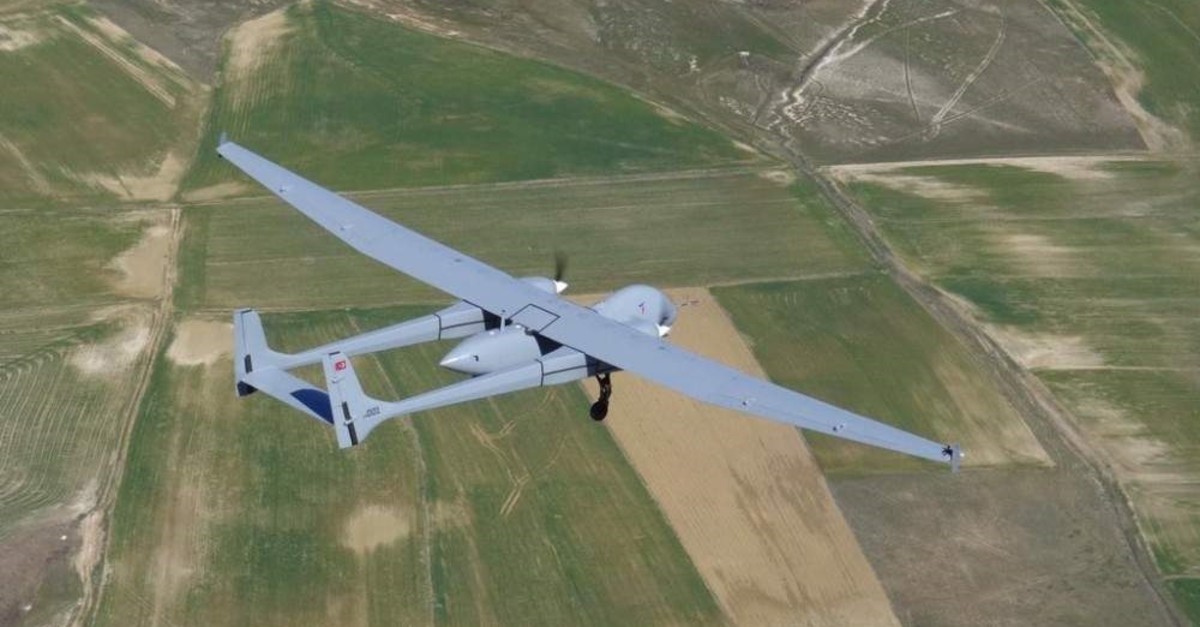 Turkish Aerospace Industries' (TAI) new unmanned aerial vehicle (UAV) Aksungur will be delivered to Turkish security forces within the first month of 2020, according to its CEO.

Aksungur has a 750-kilogram carrying capacity, a sharp upgrade from the 200-kilogram capacity of the earlier model, Anka. It was developed based on the existing technology from the TAI's first UAV Anka and is the manufacturer's largest drone with payload capacity for mission-specific equipment. Aksungur is intended to be used for long-term surveillance, signals intelligence and maritime patrol missions. TAI plans to integrate weapon packages and put the Aksungur into production by early 2020.

"Aksungur is much more capable. You can install radar and bigger cameras," Kotil said. The UAVs will first be delivered to Turkish security forces, which are expected to start using the drone in early or late January. The twin-engine-powered model, which took 18 months to create, was manufactured with indigenous sources.

Kotil said the project was financed with the state resources, similar to the Turkish Aerospace multirole utility helicopter Gökbey and Atak helicopters. The aircraft has a mission endurance window of around 24 hours and will be able to fly to 40,000 feet.

The armed forces are expected to use Aksungur in intelligence, surveillance and reconnaissance (ISR) missions. Kotil added that TAI's post-2020 strategy is to introduce more original products along with continuing the production of Atak helicopters and Hürkuş planes. TAI will also begin working on the Göksungur, the supersonic version of Aksungur.

Kotil also said 2019 has been a productive year for TAI as the company recorded 40% in revenue growth, recruited around 1,000 engineers and another 1,000 technicians.

The TAI CEO further stated that the company expects to finalize the preliminary design review of the National Combat Aircraft (MMU) project and to have its first flight in 2026. For the development of the first national fighter jet, Turkey and the U.K. signed a memorandum of understanding during President Recep Tayyip Erdoğan's visit to the U.K. in May 2018.