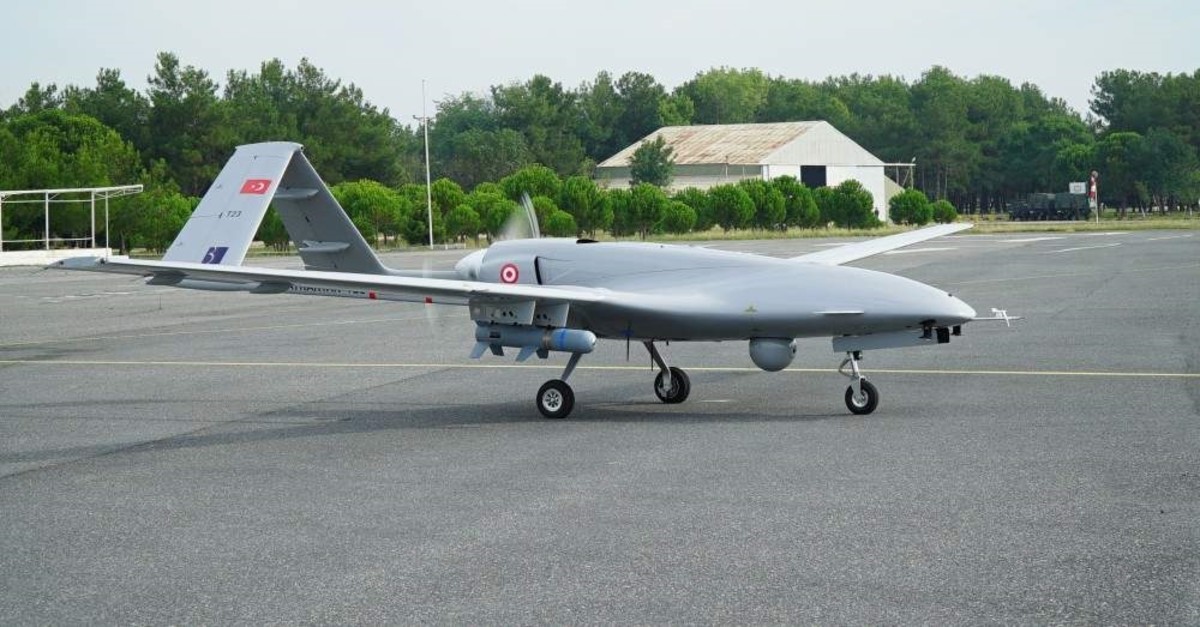 Turkish defense exports last year surged by 36.4% compared to 2018 and surpassed $2.7 billion, recording an impressive improvement from $247 million in 2002

Carrying out successful and custom-made projects to diminish the dependency on imported products and platforms, the Turkish defense industry has maintained its significant momentum in exports for the last couple of years. As a result of expedited research and development activities and a range of products, the Turkish defense and aerospace industry carried its export performance to the top in 2019.

With the goal to decrease dependency on imported products, huge support from the public authorities and the dedication of private companies have led the industry to make significant headway in the post-2006 period. The defense and aerospace sector market had been valued at $1.3 billion in 2002 while exports were recorded at $247 million and R&D expenditures only received $49 million.

Turkish defense companies have reached significant economic achievements, a success that is being reflected on international comparison lists. Four domestic defense firms were listed among the world's leading firms, according to a list published by Defense News Top 100 – a U.S.-based magazine that tracks the global defense industry.

Turkey's largest defense electronics company ASELSAN ranked 52nd on the list with $1.8 billion in defense revenue, while TAI ($1.05 billion) was listed in the 69th spot. Turkey's Defense Technologies Engineering and Trade Inc. (STM) was 85th on the list with $564.8 million, and Roketsan ($522.8 million) ranked 89th.

The highest proportional increase in defense and aerospace industry exports was seen in free zones with 1,174% followed by the Middle East with a 128% surge and the Commonwealth of Independent States (CIS) with a 104% rise.

Exports to countries in the Middle East and CIS nearly doubled, with $710.1 million and $241 million, respectively. The highest export figure of $841.3 million was seen in the North American Free Trade Zone, including the U.S.

The Turkish capital Ankara, home to the leading companies in the Turkish defense and aerospace industry, accounted for about half of the exports in this area.

The Turkish defense industry carried out intensive work in 2019 to meet the operational needs of the security forces.

The Bayraktar Akıncı Unmanned Combat Aerial Vehicle (TİHA), developed by Turkey's leading drone maker Baykar Makina, made its first flight. With the Akıncı combat drone, Turkey has become one of the four countries in the world in the high-altitude platform sector used for surveillance and security.

TAI's Aksungur, a medium-altitude long-flight unmanned aerial vehicle (UAV) capable of performing long-term operations at up to 40,000 feet, made its first flight and will be delivered to the Turkish military this month. The first Anka-Ss, which can be controlled via national satellites and mission range reaches thousands of kilometers, were also delivered.

The Sürü UAV project was also initiated. The KERKES-Global Positioning System Independent Autonomous Navigation System Development Project, in which UAVs will function in a non-GPS environment, was implemented.

The Phase-2 version of the T129 Tactical Reconnaissance and Attack Helicopter (ATAK) helicopter, equipped with a laser warning receiver and other electronic warfare systems, made its first flight successfully. The heavy-class ATAK helicopter project was initiated in 2019 and has already garnered a lot of success. The Turkish military currently has 56 ATAK helicopters in its inventory. The first certification flight of the Gökbey helicopter was also conducted last year. Under the General-Purpose Helicopter Program, the first of 109 T70 helicopters to be produced was rolled from the hangar.

Under the A400M project, the delivery of the eighth and ninth aircraft was completed. The first T700-TEI-701D engine produced for the T70 helicopter was delivered last year.

The Turkish defense industry has achieved great success in 2019 as part of the responsibilities it shouldered in the field of naval platforms.

TCG Kınalıada, the fourth ship built as part of the national naval ship project (MİLGEM), went into service last year and the construction of a fifth ship also started. The multi-purpose amphibious assault ship TCG Anadolu, which will be Turkey's largest warship once complete, was launched. The test and training ship, TCG Ufuk, has also begun operating.

Pirireis, the first submarine to be built in the New Type Submarine Project, was towed into a test pool, and workers have begun welding the fifth submarine, Seydialireis.

Final tests of Hisar-A were completed and the air defense system is ready for mass production. The Korkut Air Defense System was added to the military's inventory and 13 systems were delivered. Additionally, Gökdeniz was made ready for the system's use on marine platforms.

The guided firing tests of Bozdoğan and Gökdoğan missiles, developed by TUBITAK SAGE, were successfully carried out within the scope of the Göktuğ project, which aimed to produce the first domestic and national air-to-air missiles.

The development, ground and flight tests of the SOM-B2 missile, which is capable of carrying successive piercing warheads, were also completed in 2019.