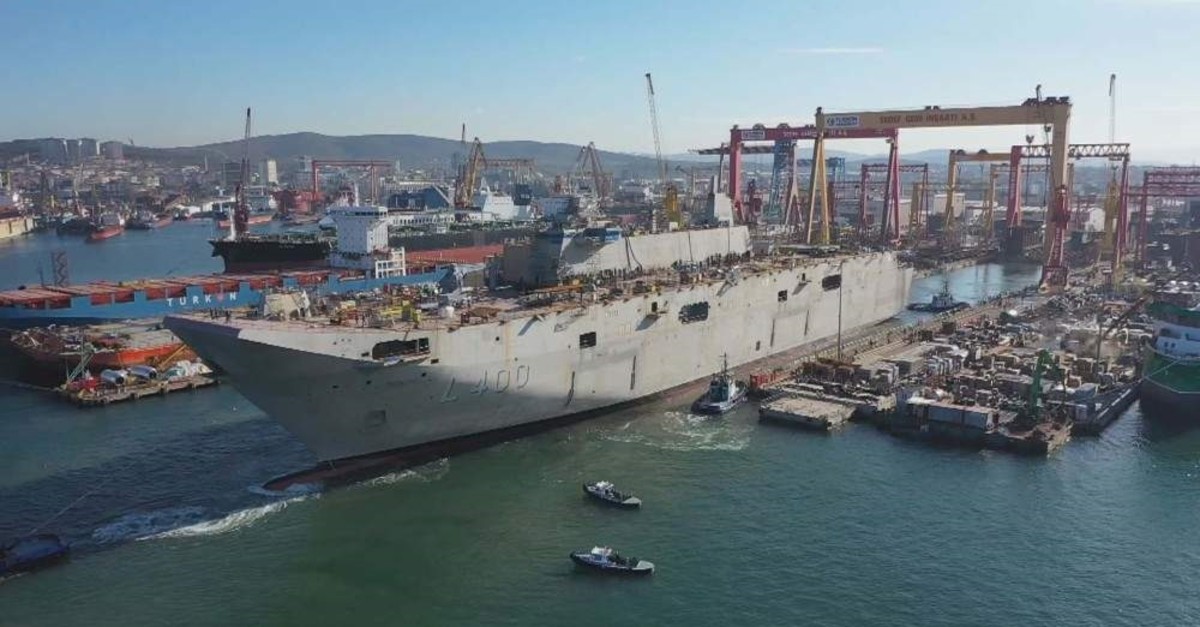 Turkey's largest-ever warship, the TCG Anadolu, was recently anchored to a side dock at an Istanbul shipyard for harbor tests. The vessel will be the flagship of the Turkish Naval Forces and is expected to enter the fleet toward the end of this year.

Turkish Presidency of Defense Industries (SSB) announced on Feb. 1 that the main propulsion turbine and drive system tests were completed on the multi-purpose amphibious warship TCG Anadolu, which was initially introduced to the water in 2019, noting that the vessel had been transferred to the side dock for further tests.

The construction of Turkey's flagship-to-be initially launched as part of a project in 2016 and has been carried out at Sedef Shipyard in the Tuzla district of Istanbul. The TCG Anadolu will be able to transport at least one battalion-size force to a determined location along with its logistical support and without the need to use a base.

The TCG Anadolu is being produced with a local content ratio of 68% and will be one of the world's most advanced aircraft carriers. The giant ship will be capable of traveling more than 14,480 kilometers (9,000 miles) without refueling. The vessel is intended to meet the various needs and requirements of the Turkish Armed Forces (TSK), such as sustaining long-endurance, long-distance military combat as well as humanitarian relief operations.