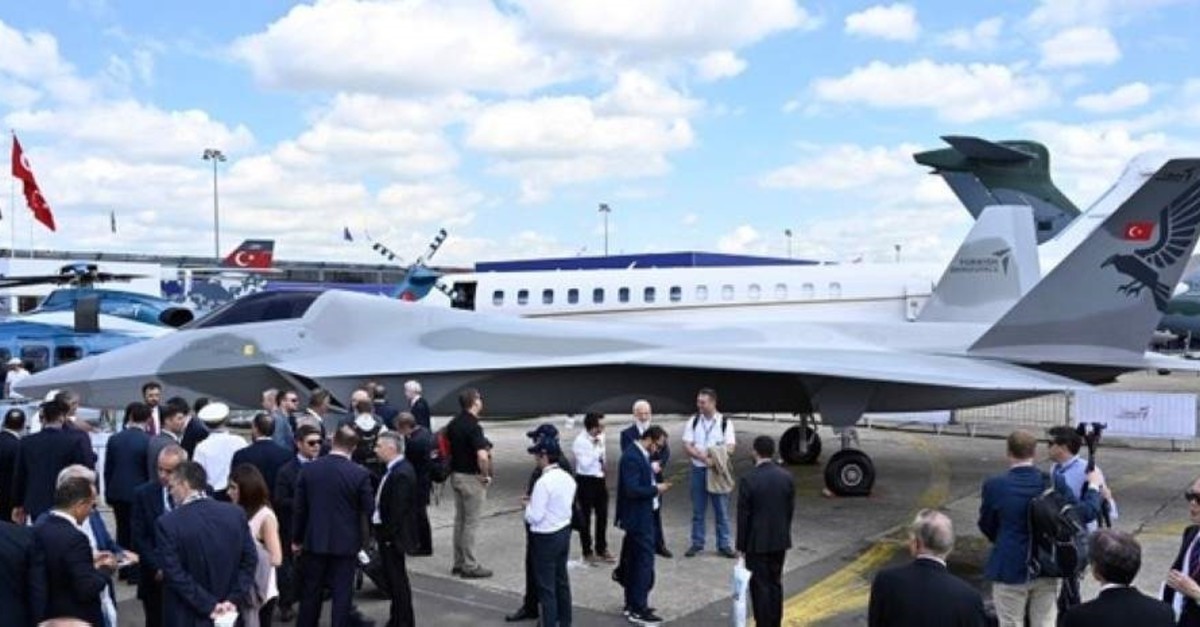 Turkey developing its own domestically made warplane is the best response to those threatening to end its involvement in the F-35 fighter jet program, President Recep Tayyip Erdoğan said Wednesday.

"I hope our warplane, which will use domestic resources at every stage of design and production, will fly out of the hangar in 2023," Erdoğan said during the opening ceremony for a new ammunition facility in central Turkey's Kırıkkale province.

Turkey's first homegrown TF-X National Combat Aircraft (MMU) is being developed under a joint project by the Turkish Aerospace Industries (TAI) and Presidency of Defense Industries (SSB) and is expected to make a maiden flight using a domestic engine in 2029.

The MMU is a fifth-generation jet with similar features to Lockheed Martin's F-35 Lightning II. The domestically built aircraft is being developed to replace the Turkish Air Forces Command's F-16 fighters, ahead of the gradual phasing out of the latter throughout the 2030s.

Turkey will, after the U.S., Russia and China, take its place among the top three countries in the world that have the infrastructure and technology to produce the fifth-generation fighter jet.

Turkey's acquisition of the advanced S-400 Russian air defense system prompted the U.S. to remove Turkey from the F-35 program, in which Ankara was formerly a major buyer and manufacturer in July.

Ankara has repeatedly stressed it was the U.S.' refusal to sell it Patriots that led it to need to seek out other sellers, adding that Russia offered it a better deal, including technology transfers. Turkey even proposed setting up a commission to clarify any technical issues, but the U.S. has so far not responded to this proposal.

Stressing the importance of air defense systems, Erdoğan said that situations faced by Turkey in Libya and Syria show that more attention should be paid to missile defense systems.

The HİSAR air defense missile system was developed by leading defense contractors ASELSAN and ROKETSAN under the coordination of the Presidency of Defence Industries (SSB).

Erdoğan highlighted that the Turkish defense industry has gone through a significant transformation in the last 17 years as the domesticity rate of the industry jumped to 70% from only 20% at the time.

The HİSAR-A low-altitude air defense missile system, the first domestic maritime missile ATMACA and Turkey's largest-ever warship, the TCG Anadolu, are some of the indigenously produced systems to be added to the inventory of the Turkish military this year.

The project for Gökdoğan and Bozdoğan missiles, which was initiated by the Scientific and Technological Research Council's (TÜBİTAK) Defense Industry Research and Development Institute (SAGE), is set to be completed this year.

SAGE will transfer the project to a producer after completion of the development process. SAGE's work on air-to-air missiles began in 2013. It developed Gökdoğan as a short-range, highly maneuverable and infrared seeker, and Bozdoğan as a long-range, active radar seeker missile.