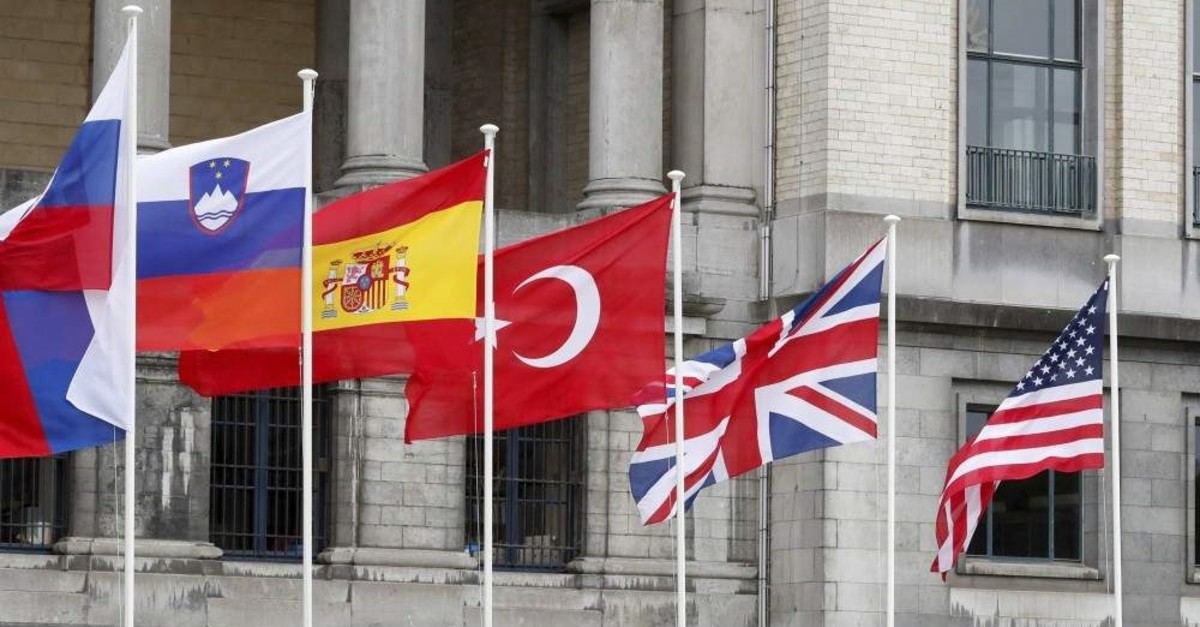 Flags of some of NATO member countries are seen outside the Cinquantenaire, Brussels. (Reuters File Photo)
by Daily Sabah Feb 05, 2020 5:36 pm

The model was developed by STM ThinkTech, Turkey's first technology-based think tank under the scope of a project initially launched in October 2019

The Resilience Decision Support Model, based on the "System Dynamics" approach, was developed domestically for NATO and assumes an important role in the accurate analysis of the effects of large-scale, complex problems and in determining the road maps to be drawn by decision-makers.

The Turkish defense firm has also signed a new contract for the second phase of the project that is expected to last five months, during which the existing model will be upgraded.

Murat İkinci, general manager of the STM, said: "ThinkTech has transformed STM's almost 30-years of know-how and competency into both intellectual and technological outputs and forecasts, and not only raises awareness in the local ecosystem in our country but also undertakes a global mission to produce indigenous models that provide concrete outputs to critical organizations."

The developed model analyzes which areas and infrastructures will be affected and to what extent in the event of various types of shocks such as large migration movements, the build-up of a conflict environment, large-scale power outages and natural disasters.

It provides the strategic impacts of such shocks, including those with potential social and political effects, and their possible consequences on civil and military system elements, along with potential changes in the performance of such elements.

He added that the STM will continue to find solutions against the threats that pose a danger to Turkey's national security while keeping its cooperation with "such prestigious institutions as NATO."