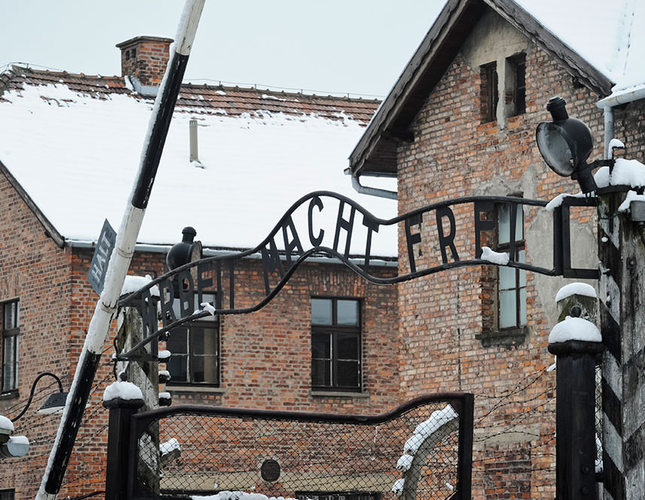 by Daily Sabah Jan 26, 2015 12:00 am
Turkey's Foreign Minister Mevlüt Çavuşoğlu said on Monday that he will attend the Holocaust commemoration ceremony in Auschwitz.

Speaking at a joint press conference with his Hungarian counterpart Peter Szijjarto, Çavuşoğlu said that he will attend the ceremony in Auschwitz (currently Oswiecim) in Poland. Turkish Parliament Speaker Cemil Çiçek will host a ceremony Ankara and then attend a ceremony in Czech Republic.

"We hope that such tragedies will never happen again" Çavuşoğlu said.

Auschwitz-Birkenau served as the largest Nazi concentration camp in World War II, in which at least a million European Jews, as well as hundreds of thousands of Poles, Roma people, Soviet prisoners of war, political dissidents and homosexuals were systematically murdered.

The camp's liberation by Soviet troops on January 27, 1945 is designated by the UN as International Holocaust Remembrance Day.