KRG President thanks Turkey for contribution to liberate Kobani 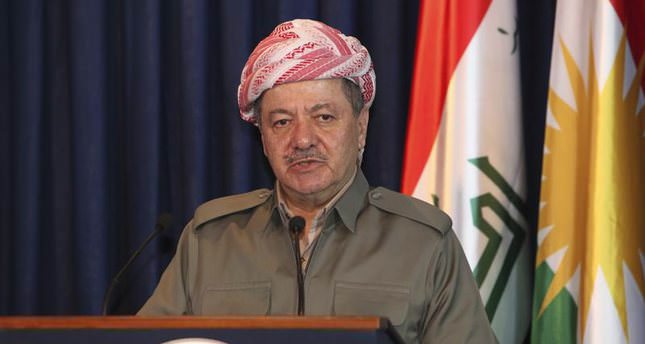 by Anadolu Agency Jan 27, 2015 12:00 am
KRG President Massoud Barzani thanked Turkey for its role in "freeing" Kobani from Islamic State of Iraq and al-Sham (ISIS) fighters on Monday.

According to a statement released on the presidency's website, Barzani thanked Turkey for allowing Kurdish peshmerga forces from northern Iraq to enter Kobani through the country's borders.

"I want to thank Turkey on behalf of the Kurdistan Regional Government and myself," the statement said. "I also want to thank the coalition forces for airstrike operations."

News that Kobani was free of ISIS fighters and was completely under the control of opposition and Kurdish groups following four months of fighting was also celebrated in Istanbul, in the southeastern provinces of Diyarbakır, Batman, Şırnak, Siirt and Mardin.

Kobani was attacked by ISIS in September 2014, forcing a wave of around 180,000 Kurdish refugees to flee to Turkey.