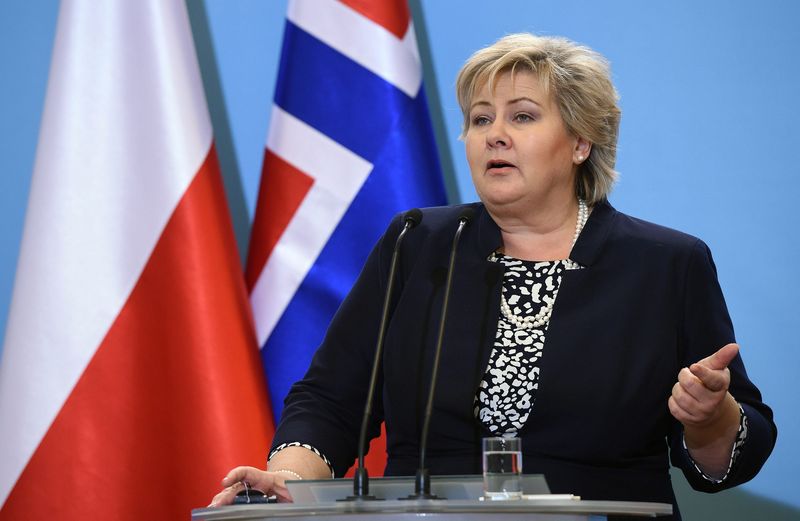 by Nurbanu Kızıl Mar 16, 2015 12:00 am
The Norwegian Prime Minister Erna Solberg has announced that she will not be attending the commemorations in Armenia organized for the 100th anniversary of the so-called Armenian Genocide, highlighting that Norway puts value on relations with Turkey.

Solber stated that Norwegian executives, including herself and members of the Foreign Ministry, will not be represented at the commemoration ceremonies and only the ambassador will be able to participate.

According to a statement by the Foreign Ministry, it was highlighted that the "Genocide allegations which were supposedly committed by the Ottoman Empire in 1915 are internationally disputed" and that the ministry would state their opinion on the matter later on.

Baard Glad Pedersen, the Undersecretary of the Norwegian Prime Minister's Office, said that conclusions regarding historical incidents should be left for the discretion of historians, while noting that UN resolutions outline what can be considered as genocide or not. "This issue has been hotly debated in the recent years" Pedersen said.

Mertefe Bertinlioğlu, a deputy from the Høyre – Norway's Conservative Party - in Oslo's Provincial Legislature, stated that Prime Minister Solberg's decision must be respected, adding that Turkey has called for the opening of archives numerous times to enable historians study and analyze the issue, but noted that Armenia never accepted this. "I also agree that this issue should only be handled by historians and should not be exploited for political interests," Bertinlioğlu added.

The 1915 events took place during World War I when a group of Armenians living in the Ottoman Empire supported a Russian invasion and revolted against the empire, resulting in their relocation to eastern Anatolia. Turkey refuses to use the term "genocide" to refer to the incident, as many Turks also lost their lives due to attacks carried out by Armenians in Anatolia. Meanwhile, Armenia and the Armenian diaspora continue to campaign for the incidents to be recognized as genocide.

In 2014, President Erdoğan issued a letter expressing condolences for the 1915 events, in an unprecedented move. Turkish officials consistently urge for the establishment of a joint historical commission to investigate the events and call on Armenia to open their archives as Turkey has done.