US to provide heavy weapons for moderate Syrian opposition 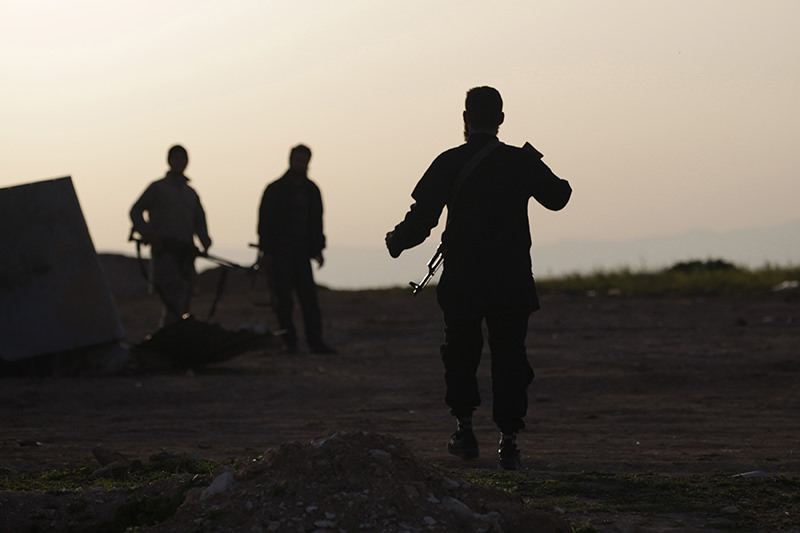 by Sena Alkan Mar 16, 2015 12:00 am
Following the agreement made between Ankara and Washington, weapons will be provided to Syrian opposition groups. M16 rifles, AK-47s, Bixi heavy weapons, MG 3s and stinger missiles will reportedly be delivered to the moderate Syrian opposition along with U.S. rocket launchers that will enable the opposition to destroy Syrian army.

The nine-month discussion between Ankara and Washington has yielded positive results with the agreement to train and equip moderate Syrian opposition fighters to fight with the anti-ISIS coalition to wipe out the Islamic State of Iraq and al-Sham (ISIS) in the region. The details of the agreement are beginning to be made public. While the selection process of Syrian opposition fighters continues, it has been reported that 5,000 Syrian opposition fighters will be selected and will be limited to 20 people for each village in the region so as not to completely remove all fighting men from any one region and to prevent the PKK's Syrian wing, the Democratic Union Party (PYD) and its armed People's Protection Unit's (YPG) from filling a security void in villages. When the selection process is finalized, Syrian opposition forces are expected to be moved from northern Iraq to Turkey.

On February 19, Turkey and the U.S. inked a deal to train and equip Syrian opposition forces. The aim of which is to achieve a political transformation in the war-torn country on the basis of the Geneva Communique. The Syrian fighters trained in the joint program are expected to fight both ISIS and the Assad regime.

The deal between Ankara and Washington is expected to be a positive development between the two longstanding allies. Turkey wants Assad's departure to be the focus in Syria while Washington's priority remains battling ISIS insurgents.

Defense Minister İsmet Yılmaz said on Thursday that since January Turkey has deported 1,112 foreign fighters attempting to join ISIS. Yılmaz added that 27 percent of those who are on Turkey's "no entry list" are from European and North American countries, while 46 percent are from North Africa and the Middle East and 23 percent are from other regions. "When we receive timely and actionable intelligence, we are able to stop or deport them," he said, "Foreign fighters are our common enemy."

In the fight against ISIS in Iraq, Ankara is expected to provide logistic and intelligence support. Turkey will extend logistic and humanitarian aid to Kurdish and Turkmen regions in coordination with the central Iraqi administration.