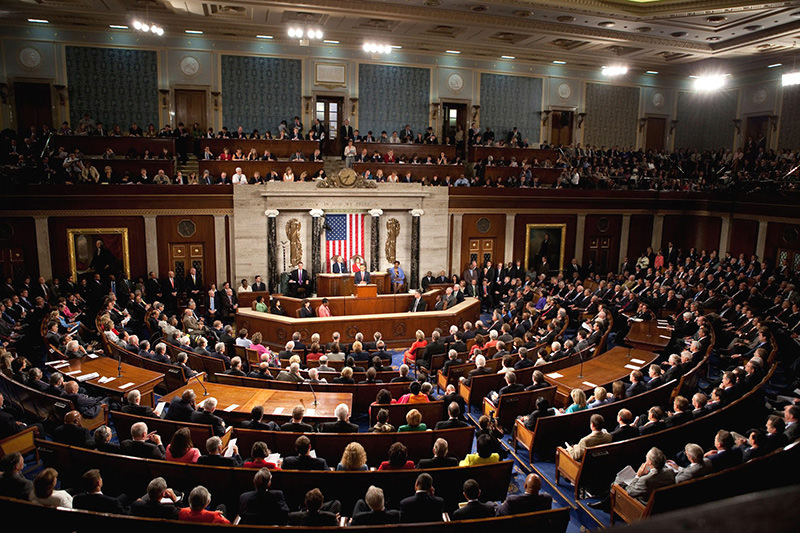 by Ragıp Soylu Mar 19, 2015 12:00 am
A majority of U.S. senators on Wednesday unveiled an alleged Gülen-linked letter addressed to Secretary of State John Kerry over press freedom issues in Turkey, urging the State Department to immediately resolve the problems stemming from the alleged intimidation of journalists and media censorship by the Turkish government.

The letter, dated March 18, found its way into the U.S.-based Imam Fethullah Gülen's English language outlet Today's Zaman two days prior to its introduction date. An article written by Mahir Zeynalov said on March 16 that a letter addressing the freedom of press issues by U.S. Senators had already been sent to Kerry. Later that day, Today's Zaman and its sister newswire Cihan News Agency subsequently removed the stories related to the letter and republished them on Wednesday following the official release by Senator Charles E. Schumer. The difference between the two texts is that the first news story mentioned 73 senators as signatories, but the latter added another senator to the number, reaching 74. Neither Today's Zaman nor Cihan News Agency released a statement explaining the removal of stories that were published before the official release of the letter. Some commentators on social media interpreted the incident as another sign that the Gülen Movement might be the main backer of the letter.

Senators also hand-picked the arrests of Gülenist journalists in their letter, ignoring other names of press members who were imprisoned for various reasons in the past. The Gülen Movement is at odds with the Turkish government over the influence it wields inside the police force and top judiciary posts, and has been in the spotlight since the December 17 operation in 2013, which was believed to have been organized by Gülen's disciples to topple the-then Prime Minister Tayyip Erdoğan's government. The movement last month moved its struggle with the government to the U.S. by sponsoring a similar letter addressed to Kerry.

At the time, a Daily Sabah investigation showed that the Gülen Movement had arranged all-expenses-paid trips to Turkey and made campaign donations to 43 of the 88 U.S. congressmen, who in turn signed a template letter.

The Senate's letter, co-sponsored by Senator Schumer and Senator Roger Wicker, also raises some questions about the role of the Gülen Movement and the capacity of its lobbying power within Congress. The Turkic American Alliance (TAA), led by Faruk Taban and Mahmut Yeter, functions as the movement's arm in Congress, and distributes sums of money as donations to American politicians with joint fundraising events.

The Federal Election Commission (FEC) official statistics show that Gülen-linked individuals donated over $25,000 to Senator Schumer in October 2014. Zafer Akın, the president of the Gülenist "Peace Islands Institute," personally contributed as much as $5,200 to the fundraising. Similarly, the movement donated $25,550 to Senator Wicker's campaign in 2011 and 2012, during the election cycle for the Mississippi seat.

A major Turkish donor, speaking on the condition of anonymity - fearing retribution from the movement - told Daily Sabah that the movement is also funneling unknown amounts of money to U.S. politicians through Super-PACs. "Donations are key to creating a working relationship between U.S. politicians and the movement. People who are donating over $2,500 might have personal meetings with the politicians, and so for sure can reach their Chief of Staff. By organizing joint fundraising for the politicians who are running for the office, they also give the impression that these people are representing the Turkish community here in the United States. That also implies they can provide some votes."

A Turkish-American leader also said that Taban and his aides frequently meet with staffers in Congress and personally sit with congressmen and senators to lobby on the movement's agenda. "Erdoğan's rhetoric against Israel convinced senators that Turkey is slipping away from their reach," he added.

Both Senator Wicker's and Senator Schumer's offices declined to comment on the possible link between Gülen and the letter. Senator Wicker told Daily Sabah that Turkey should be held accountable for alleged violations of free speech, "I hope Secretary Kerry will work to resolve these troubling developments without delay," he said.
Last Update: Mar 19, 2015 10:45 pm
RELATED TOPICS