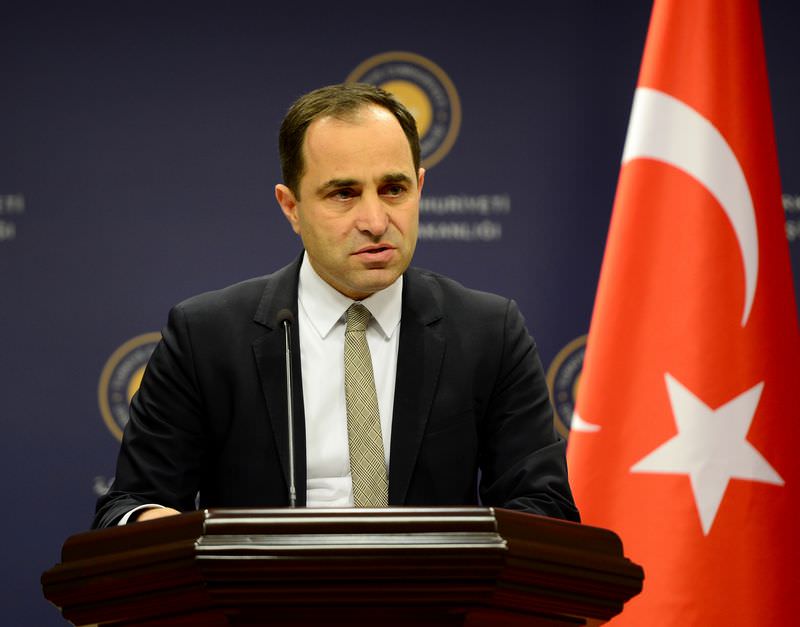 by Anadolu Agency Mar 28, 2015 12:00 am
Turkish Foreign Ministry has denied news reports that it requested to attend the 26th annual Arab League Summit that started on Saturday in Egypt's Red Sea resort of Sharm el-Sheikh.

"The news, originated in the Egyptian media, claiming that Turkey had requested to participate in the League of Arab States Summit meeting being held on 28-29 March 2015 are groundless," said Tanju Bilgic, spokesperson of the Ministry of Foreign Affairs in a statement Saturday.

Turkey has not made such a request, Bilgiç stressed.

The statement came in response to a press question regarding a recent news story in Egyptian media that claimed that Turkey's participation in the Summit was prevented.