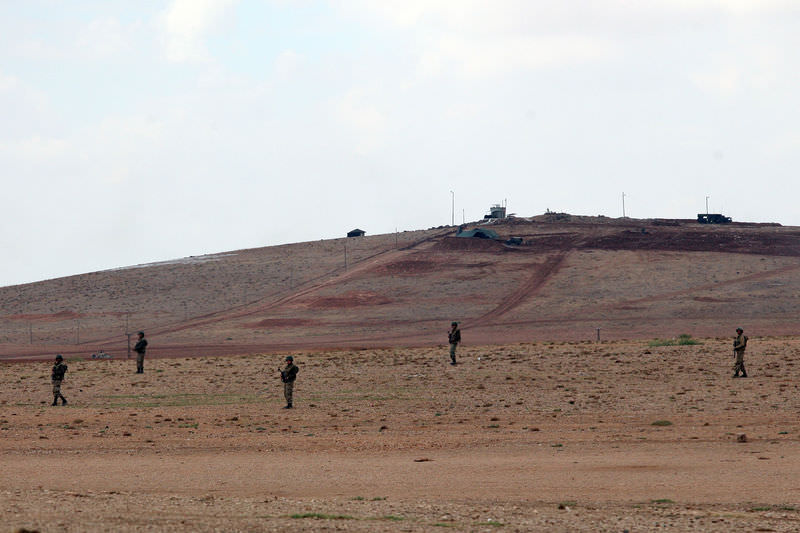 Turkish officials announced that nine British nationals who were arrested while attempting to cross into syria to join ISIS are being sent back home. British intelligence is accused of not being efficient to prevent its citizens from joining ISIS

A British Labour councilor's son caught with eight others while trying to illegally enter Syria from Turkey to join militant groups was deported by Turkish authorities to Birmingham, England. The continuous influx of foreign fighters of British nationality has raised questions over the capability of U.K. officials to spot and prevent potential fighters that are looking to join ISIS.

On April 1, Turkish authorities caught Waheed Ahmed, 21, and eight other British citizens, including four children, who were attempting to enter Syria from Turkey's southern Hatay province to join the militant group, ISIS. Waheed Ahmed was deported to Birmingham from Turkey's Dalaman Airport in the southwestern province of Muğla, where he was sent after official procedures had been completed in the Foreigners Branch of the Hatay province police department.

British police said Ahmed, one of nine members of the same family held in Turkey, had been arrested by detectives at Birmingham Airport on Tuesday on suspicion of the commission, preparation or instigation of acts of terrorism. "Officers are working to ensure the safe return of eight other people to the U.K.," police said in a statement, adding they had earlier arrested a 31-year-old man in the Rochdale area of northern England for the same offence.

Shakil Ahmed, a local councillor for the opposition Labour party in Rochdale, issued a statement after the arrests two weeks ago saying he thought his son had been on a work placement in Birmingham.

Turkish and other security services estimate some 600 Britons, including Mohammed Emwazi, named "Jihadi John" in the British media, who has appeared in several ISIS beheading videos have joined ISIS. About half of the 600 are thought to have returned home.

Turkey has been doing its part to identify and deliver potential foreign fighters who are seeking to cross the border to Syria to join ISIS, despite little cooperation in intelligence sharing from Western countries. So far, Turkey has deported over 1,200 people before they could join the terrorist group in neighboring Syria. Turkey has also issued exclusion bans on 12,519 suspected individuals to date, demonstrating its success in blocking the passage of potential fighters heading to join ISIS via Turkey.

Britain had already become the target of accusations following its failure to spot three British girls who left their homes to join ISIS through Turkey. The British, who initially dodged responsibility and placed the blame on Turkey, were forced to accept their failure in spotting the teens in time. They later apologized to the families of the teens for the mistake. However, seemingly unable to learn its lesson, Britain continues to be incapable of preventing its citizens from joining ISIS and causes Turkey difficulties, as it purportedly fights alone against the problem.

Those deported were of different origins with an age varying from 15 to 35. The suspected foreigners claimed that the purpose of their visit was work-based, tourism or visiting friends or relatives, but security forces who had suspicions about the possibility of them joining ISIS sent them back to the countries where they had traveled from.