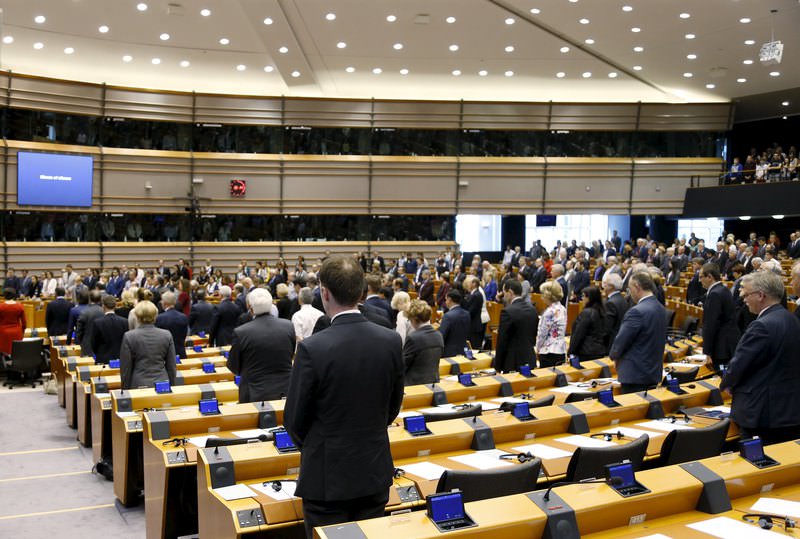 by daily sabah
Apr 15, 2015 12:00 am
On Wednesday, Turkey's Foreign Ministry slammed the European Parliament's decision to adopt a resolution that urges all EU member states and Turkey to recognize the 1915 events as 'genocide' and accused the resolution of mutilating history and law.

"The European Parliament, known for contriving obstacles to the development of Turkey-EU relations, aspired once again to rewrite history regarding the 1915 events," said the statement published on the ministry's official website.

The statement also said that the parliament repeated the exact mistake it had made in the past in an incompatible way with international law and exceeding its competence, recalling another resolution passed by the parliament in 1987 that recognizes the 1915 events as a "genocide".

"We do not take seriously those who adopted this resolution by mutilating history and law. The participation of the EU citizens with a rate of 42 percent in 2014 elections already implies the place that this Parliament occupies in the political culture of the EU," the statement read.

The ministry reiterated that Turkey has assiduously fulfilled its duty on the 1915 events and called on Armenia to achieve such a level of maturity as soon as possible.


After the Parliament's decision, Turkey's EU minister Volkan Bozkır also released a statement, in which he said "Turkey considers the resolution null and void, the decision contradicts historical and legal facts."
"The role of the European Parliament, which represents millions of Europeans, is not to rewrite history but to provide realistic and lasting solutions to the challenges that we face today in Europe." he said in the statement.
Foreign Minister Mevlüt Çavuşoğlu also commented on the decision, "Turkey does not take seriously the resolution that mutilates history and law and those who adopted it," Çavuşoğlu said on his official twitter account.

Pope Francis said on Sunday that "the first genocide of the 20th century struck Armenians", a statement which triggered criticism from Turkey and led to Ankara recalling its ambassador in the Vatican and also summoning Vatican's envoy in the Turkish capital.

Armenia has demanded an apology and compensation, while Turkey has officially refuted Armenian allegations over the incidents saying that, although Armenians died during the relocations, many Turks also lost their lives in attacks carried out by Armenian gangs in Anatolia.
Last Update: Apr 16, 2015 11:14 am