President Erdoğan: Politicizing the issue will hurt Armenian Diaspora the most 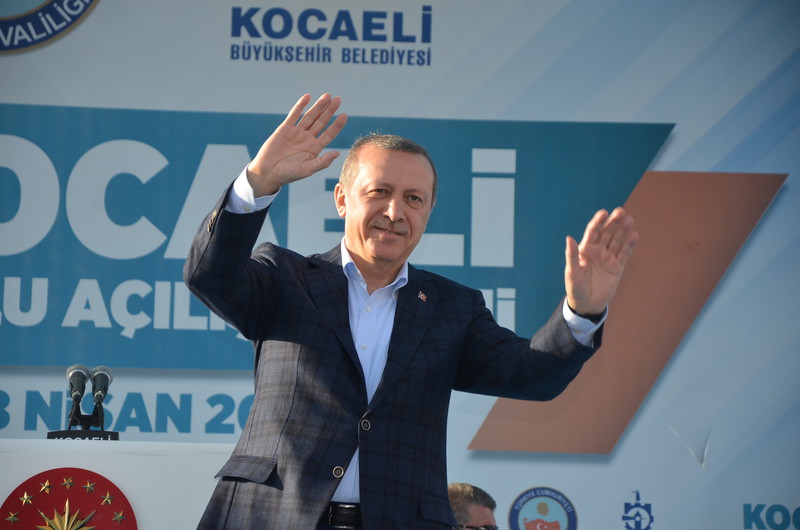 The European Parliament and the West in general, are acting like pawns of the Armenian lobby by politically exploiting the 1915 incidents, said President Erdoğan, adding that they will eventually lose legitimacy as a result

Turkey's President Recep Tayyip Erdoğan has attended an inauguration ceremony for various educational, medical, and sports facilities in Turkey's western province of Kocaeli, where he harshly criticized the European Parliament's (EP) adoption of a resolution urging all member states to recognize the 1915 events as 'genocide'.

The president refuted EP's claims, accusing them of using Armenia as a tool against Turkey, saying "We know that their intention is not to protect the rights of Armenians."

Erdoğan said that Turkey is ready to open its archives to investigate the matter and that the incidents should be investigated by the historians, not by politicians. He also called on Armenia and other countries to open their archives, if they had any. In addition, Erdoğan added that Turkey does not have any problems wıth Armenians, and the fact that 80,000 Armenians live in Turkey is a proof of that.

"I call on the world, especially Armenians, politicizing the matter will damage Armenians the most," Erdoğan said.

President Erdoğan also spoke on the issue of Nagorny Karabakh between Armenia and Azerbaijan saying, "Our doors are still open to Armenia. We are ready to establish all kinds co-operation with them, as long as they take positive steps towards the claims of so-called 'genocide' and the issue of Karabakh."

The dispute over Nagorny Karabakh is rooted in the 1990s war, which left at least 30,000 people dead as a result of attacks by the Armenian separatists, who seized the territory from Azerbaijan and drove out the Azeri population.

The dispute between the two countries has not yet resolved, although a ceasefire has been established since 1994. Karabakh regions has been internationally recognized as part of Azerbaijan.