EU Minister Bozkır: I do not expect Obama to use the term ‘genocide’ 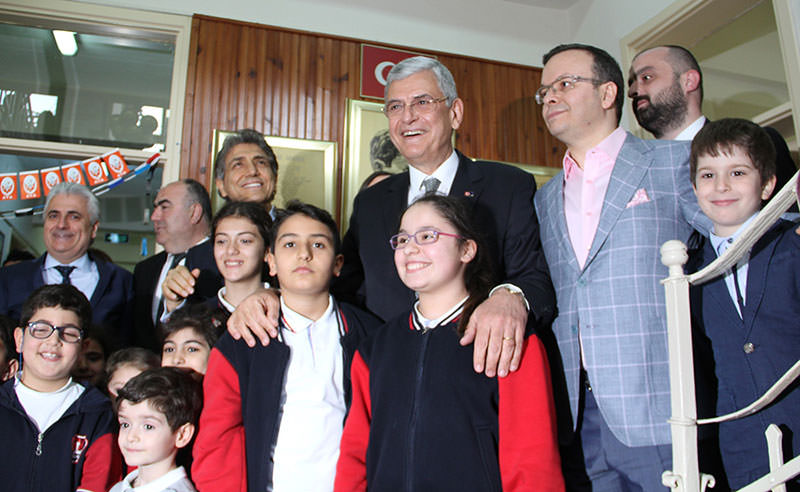 | IHA Photo
by Daily Sabah Apr 21, 2015 12:00 am
U.S. President Barack Obama will not use the term "genocide" during his speech on Friday in commemoration of the 1915 incidents regarding Armenians, according to the Turkish EU Affairs Minister Volkan Bozkır.

Bozkır said on Tuesday, "My prediction, according to my years-long experience and common sense, is that the U.S. President will not use this term [genocide]." The use of the term 'genocide' will have the "wrong consequences" for regional as well as world peace, according to Bozkır.

The minister made the remarks during his visit to Kocamustafapaşa (Samatya) Surp Kevork Armenian Church, the third largest church in Istanbul's disctrict of Fatih, and one of the oldest Armenian churches in the city. Bozkır was welcomed there by the president of the Church's School and Cemetery Foundation, Yesai Demir, AK Party Istanbul deputy candidate Markar Esayan, and the school's students.

Bozkır further stated that he invites third parties to draw back from the discussion revolving around the 1915 incidents. He said, "We will not let a third party who cannot even locate Armenia on the map and does not share a common history with our Armenian brothers, mortgage our future." Turkey is happy living alongside with Armenians and the issue should not be restricted to arguments overwithin the definition of genocide, according to Bozkır.

The Vatican and European Parliament recently recognized the 1915 incidents as genocide, and it remains uncertain whether Obama will go beyond diplomatic phrases on April 24 - the commemoration day of the death of Armenians during their compulsory deportation from Anatolia during World War I. U.S. President Barack Obama has always avoided using the term "genocide" in his previous remarks when commemorating the killings of Armenians in 1915, but has instead described the incident as "Meds Yeghern," an Armenian term which means "great calamity."

But Turkey will not have to wait until 24 April to know the contents of Obama's new commemoration speech. It is expected that U.S. Foreign Minister John Kerry will inform his Turkish counterpart, Mevlüt Çavuşoğlu, about the issue during their bilateral meeting on Tuesday.