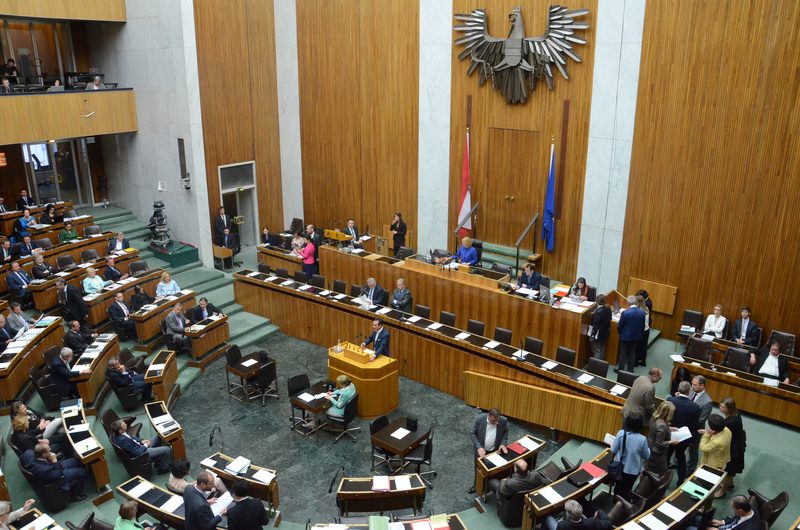 Austrian Parliament (AA Photo)
by Anadolu Agency Apr 23, 2015 12:00 am
Turkish Foreign Minister Mevlüt Çavuşoğlu has told his Austrian counterpart Sebastian Kurz that bilateral ties will be affected in the aftermath of the Austrian Parliament describing the 1915 events as "genocide," diplomatic sources said.

In a telephone call held on Thursday, Çavuşoğlu told Kurz that the Austrian parliament did not have the authority to decide on historic events, the sources added.

Austrian Parliament Speaker Doris Bures said in a speech on Wednesday that the 1915 events began with the "arrest of Armenians," continued with their "deportation" and ended with "genocide." She said that six Austrian political parties had agreed over this issue and also prepared a joint declaration to this effect.

Göğüş responded through a letter to historian Gerhard Drekonja Kornat's article published April 16 in the Austrian daily Der Standard and said one expected "academic honesty" from historians. "Turkey's archives have been open for the last 10 years to all historians, who want to learn the truth," he said.

"Denial of history is out of question here. Turkey only questions one-sided thought, which describes the 1915 incidents as 'genocide' without any legal and historic basis," he added in the letter.

The 1915 events took place during World War I when a portion of the Armenian population living in the Ottoman empire sided with the invading Russians and revolted.

The relocation by the Ottomans of Armenians in eastern Anatolia following the revolts resulted in numerous casualties. Turkey does not dispute that there were casualties on both sides, but rejects the definition of "genocide."
Last Update: Apr 23, 2015 5:10 pm
RELATED TOPICS