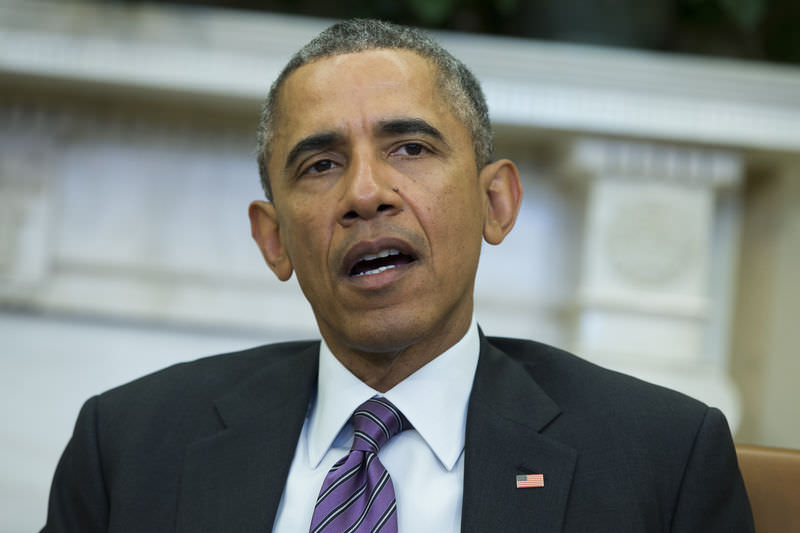 by Anadolu Agency Apr 25, 2015 12:00 am
A statement made by U.S. President Barack Obama on the 1915 events, in which he refrained from using the word "genocide", was "problematic", the Turkish Foreign Ministry has said.

The comments came on Friday a day after Obama said in an annual commemoration statement the incidents were the first "atrocity" of the last century.

The ministry said Obama's statement was "unilateral" and "disconnected from the facts that carry sensitivity for Turkish population as it was from the Armenian perspective."

Obama's remarks were far "from evaluating on the basis of fair memory" the painful parts of Turkish and Armenian history, it said.

The statement added that a message from Turkish President Recep Tayyip Erdoğan in 2014, and one from Turkish Prime Minister Ahmet Davutoğlu in 2015 for Armenians were texts "that reflect carefully the terms of Turkey's point of view" regarding the events.

It went on: "These, without denying the painful events of the past, share the correct definitions and attitudes (of the events)."

"Furthermore, these (messages) offer a sincere call to rebuild our common future."

Obama had said in his speech: "This year we mark the centennial of the Meds Yeghern, the first mass atrocity of the 20th century."

"Beginning in 1915, the Armenian people of the Ottoman Empire were deported, massacred, and marched to their deaths."

"Their culture and heritage in their ancient homeland were erased. Amid horrific violence that saw suffering on all sides, one-and-a-half million Armenians perished," he added.

The relocation by the Ottomans of Armenians in eastern Anatolia following the revolts resulted in numerous casualties.
Last Update: Apr 26, 2015 12:37 pm
RELATED TOPICS