‘Turkey will no longer be defensive over 1915 incidents,' says Erdoğan 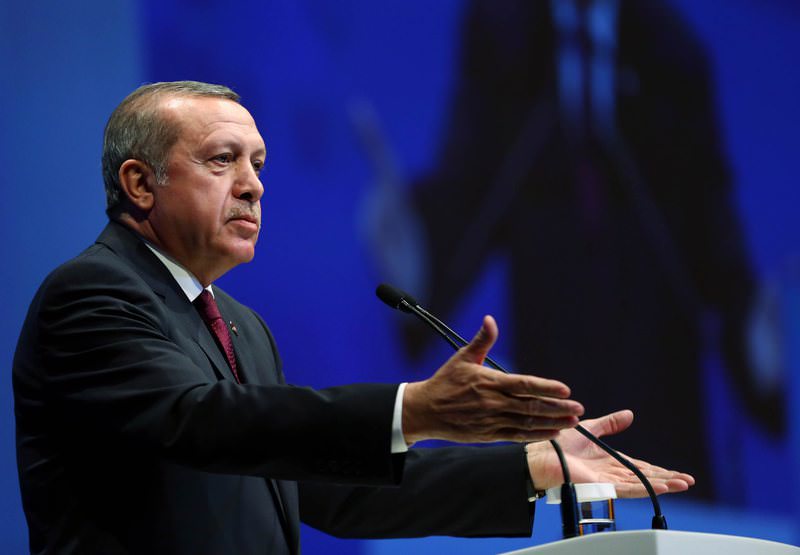 President Recep Tayyip Erdoğan attended the Independent Industrialists' and Businessmen's Association's (MÜSİAD) 23rd General Assembly on Saturday, where he said Turkey will no longer defend itself regarding the 1915 incident. He said Turkey invites Armenia and the international community to establish a joint commission of historians to investigate the 1915 events, offering to open its official archives for the investigation.

Continuing with a criticism of Western countries and their leaders for referring to the loss of Ottoman Armenians' lives in 1915 as genocide, Erdoğan claimed Germany is the last country to speak on the issue. In the Nazi-led genocide, the Holocaust, nearly 6 million innocent Jewish civilians were killed along with an as additional 5 million non-Jewish victims, according to historians. German President Joachim Gauck referred to the forced relocation of Armenians by the Ottoman Empire as "genocide" on Friday.


Erdoğan continued his speech at MÜSİAD, adding: "While we give peace messages to the world, Russia, Germany and France, among others, criticize us by supporting the lies told by Armenians. I invite the countries that make genocide claims to clean up the bloody stains on their own history." In this perspective, he also urged the European countries not to advise Turkey regarding the Armenian issue. Though Turkey persistently has asserted it will open its official archives for the investigation of the last 15 years, Erdoğan in his speech underlined that the process from now on will be much more different. Emphasizing that Turkey will no longer defend itself concerning this issue, he said: "Turkey will be a country that puts forward evidence that is prepared with knowledge, science and research."

As Turkey commemorated the 100th anniversary of the Battle of Gallipoli with a number of presidents, parliamentary speakers, prime ministers and officials who attended from around the world in events that started on April 24 and continued on April 25, Erdoğan said: "We did not make any reference to Armenia during the commemoration events. We wanted Russian President Vladimir Putin and French President François Hollande not to travel to Armenia and attend the Gallipoli commemorations [instead]. Regardless, we have hosted 20 government officials whereas only two [heads of state] attended Armenia's event."

The 1915 events have been a source of dispute, disagreement and the reason for decades of strained relations between Turkey and Armenia. Despite the disputes, Turkish government officials continue to urge the normalization of relations. In this regard, Foreign Minister Mevlüt Çavuşoğlu said on Monday that the desire for reconciliation and friendship with Armenians will continue.
Last Update: Apr 27, 2015 10:49 am
RELATED TOPICS