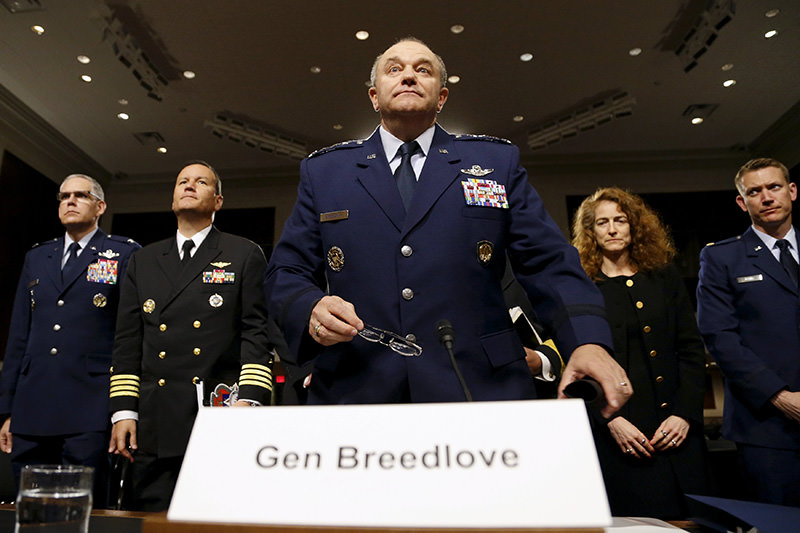 | Reuters Photo
by Daily Sabah with Agencies May 01, 2015 12:00 am
NATO's top commander in Europe, General Philip Breedlove has praised Turkey's efforts to stop the flow of foreign fighters across the country as he briefed the Senate Armed Services Committee on the European Command's program and 2016 budget on Thursday.

"I do not agree with those who have concerns that Turkey does not make enough effort to stop foreign fighters. It is clear that Turkey has taken several steps to crack down on the flow of foreign fighters across the country and I consider Turkey to be a strong ally of those who recognizes the problem and works with us to solve it," Breedlove said.

Breedlove also noted that military to military relations between Turkey and the U.S. Europe Command are very strong.

Foreign fighters from many Western nations have gone to Iraq and Syria to fight alongside the self-proclaimed Islamic State of Iraq and al-Sham (ISIS) militants. Some have tried to return home with the intention of launching attacks.
Last Update: May 01, 2015 3:26 pm
RELATED TOPICS