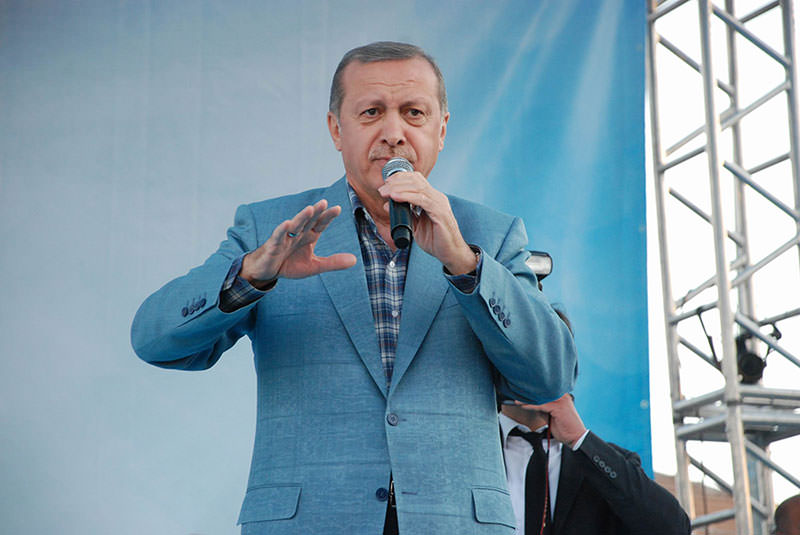 | IHA Photo
by Daily Sabah May 05, 2015 12:00 am
President Recep Tayyip Erdoğan has reportedly declined the Kremlin's invitation to take part in Russia's Victory Day, or 9 May, celebrations in Moscow, marking the 70th anniversary of the capitulation of Nazi Germany to the Soviet Union in 1945.

Instead, Turkey's Moscow Ambassador Ümit Yardım will represent the country during the Victory Day, which is dubbed Russia's "biggest holiday" by Vladimir Putin, according to various sources.

The upcoming Victory Day Parade will take place in Red Square in Moscow on 9 May 2015, in which about 16,000 soldiers, 200 armoured vehicles and 150 planes and helicopters are expected to take part. This year's parade will be one of the biggest and largest to be held in Russian history, say media sources.

But, western politicians will stay away from the celebrations on Red Square, protesting Russia's actions in Ukraine. President Erdoğan will also be on the not-attending list following Putin's referring to the compulsory relocation of Ottoman Armenians in 1915 from Anatolia as "genocide" during the commemoration ceremony in the Armenian capital Yerevan last month.

Erdoğan later criticized Putin's remarks, saying Russia should account for its actions in Ukraine and Crimea before calling the 1915 mass killing of Armenians by Ottoman Turks "genocide".

Erdoğan said: "It's not the first time Russia used the word genocide on this issue. I'm personally sad that Putin took such a step. What is happening in Ukraine and Crimea is evident. They should firstly explain these before calling it genocide."