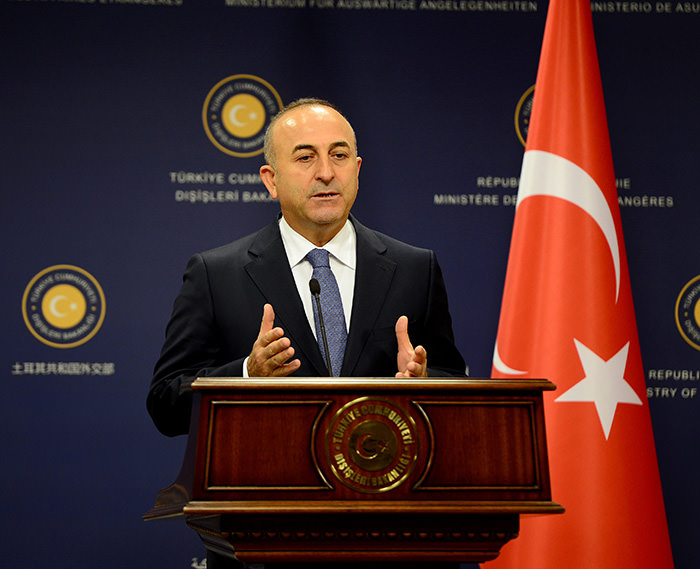 by Anadolu Agency May 09, 2015 12:00 am
Turkey will press ahead with its bid to join the EU, Foreign Minister Mevlüt Çavuşoğlu said on Friday in a statement to mark Europe Day.

"With its geostrategic position, strong economy and effective foreign policy, Turkey can make a significant contribution to the EU on its way to being a global actor," he said.

"That is why our accession process was started and continued in line with the decisions taken unanimously by the EU," Çavuşoğlu continued.

"In this framework, political blockades of some member states on our negotiation process should be removed," Çavuşoğlu said.

Turkey, which must implement reforms to comply with EU standards, has complained that its path to membership is being unfairly blocked and public enthusiasm has weakened as the accession process has dragged on.

In his comments on Europe Day, which marks French Foreign Minister Robert Schuman's 1950 speech calling for the establishment of a European community, Cavusoglu spoke of Turkey's strengthening relations with the 28-member bloc in areas such as foreign policy, the economy and the energy sector.

"I wish further continuation of the European integration process and I congratulate the Turkish people and the whole European people on Europe Day," he said.

"Although Turkey faces different obstacles ranging from political blockades to prejudices on its way to EU membership, it continues resolutely," he added.
Last Update: May 10, 2015 2:39 pm
RELATED TOPICS