Gabon expected to open embassy in Turkey this year 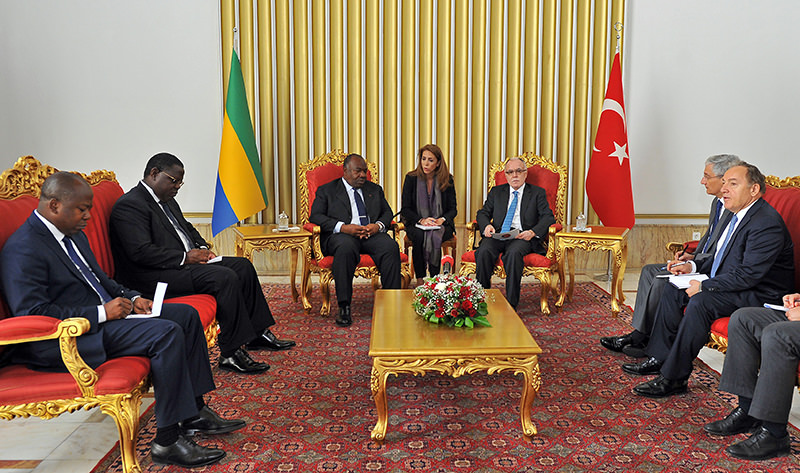 | AA Photo
by Anadolu Agency May 12, 2015 12:00 am
Gabon will open its embassy in Turkey within the year, Gabonese President Ali Bongo Ondimba announced in Ankara on Tuesday.

Ali Bongo, speaking after the meeting with the deputy chairman of the Turkish Parliament, Sadık Yakut, who stood in for Speaker Cemil Çiçek, currently abroad, praised Turkish aid and support provided to African people and African countries.

Turkey opened its embassy in Gabon, a small oil-rich country on the west coast of Central Africa, in January 2012. Gabon already had honorary consulates in Istanbul and in the capital Ankara.

Since the Summit of Cooperation between Turkey and Africa held in Istanbul in 2008, Ankara has been multiplying visits to African countries - and vice-versa - in order to develop strong bilateral relations.