US envoy: No problem on training and equipping Syrian opposition 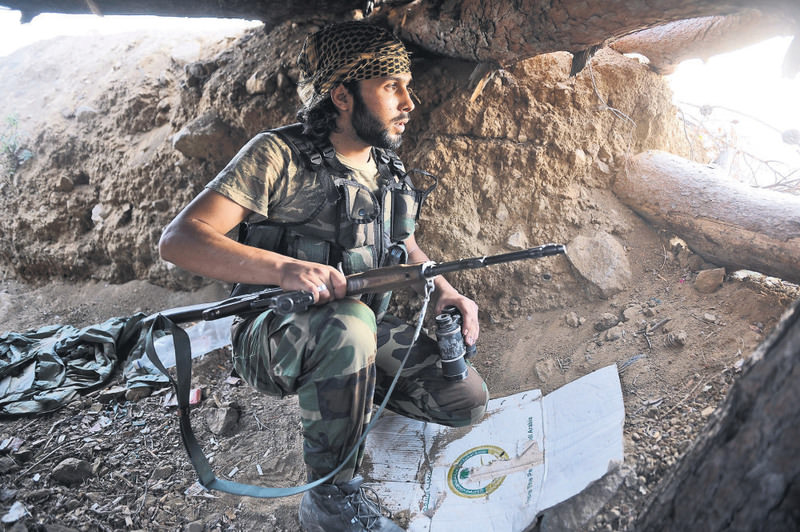 by Ali Ünal May 12, 2015 12:00 am
U.S. Ambassador to Turkey John Bass said on Tuesday there is no problem between the U.S. and Turkey on the train-and-equip program for moderate Syrian opposition forces, and indicated that the program will start in Turkey as planned. The program was supposed to start on May 9, however, sources from the Turkish Foreign Ministry, who did not divulge their names, say that it has not started yet. Speaking exclusively to Daily Sabah, Ambassador Bass said the delays to the program are due to logistical issues.

"There is no problem regarding the train-and-equip program apart from the logistic issues. It has already begun in one location and will start in other locations including Turkey," the ambassador said on Tuesday.

Discrediting reports in the Turkish media that claim the program is in jeopardy and the agreement between the U.S. and Turkey is on the brink of collapse due to the uncertainty surrounding the definition of the enemy and therefore the program will not start in Turkey, Ambassador Bass said that these reports underestimate the program and added, "People who speculate on this issue underestimate the complexity of it." In line with the ambassador, the Ministry of Foreign Affairs announced last Friday that the program will continue as planned. "It is completely baseless and speculative. Preparations for the program are continuing as planned and there are no obstacles regarding it," Foreign Ministry spokesman Tanju Bilgiç said on Friday.

Meanwhile sources from the Prime Ministry said Prime Minister Ahmet Davutoğlu will meet with U.S. Secretary of State John Kerry with the participation of the Turkish Foreign Minister Mevlüt Çavuşoğlu on the sidelines of a NATO meeting to take place in the southern province of Antalya on Wednesday. Sources also indicated that Davutoğlu, Kerry and Çavuşoğlu are expected to focus on the latest development in Syria and on training moderate Free Syrian Army (FSA) forces as well as bilateral relations.

Turkey and the U.S. inked a deal on February 19 to train and equip moderate Syrian opposition forces with the aim of achieving a political transformation in war-torn Syria on the basis of the Geneva Communique. In line with the agreement, Syrian opposition forces will be trained in the central Anatolian province of Kırıkkale. Accordingly, a total of 2,000 moderate fighters in groups of 300 are expected to be trained by the end of this year.

In addition to Turkey, the program will be run in Qatar, Jordan and Saudi Arabia with the aim of training 5,000 people in one year, and 15,000 people over three years. Turkey has continuously expressed that a comprehensive strategy that includes safe and no-fly zones in Syria, along with training opposition groups, is necessary for a permanent solution to the war in the neighboring country.

About 2,200 individuals have been identified to be vetted for the train-and-equip program to help Syrian opposition fighters, the U.S. said in March. "We've begun the pre-screening process of compiling biographical data on more than 400 of these potential recruits," Pentagon spokeswoman Elissa Smith said. The Pentagon said in February that it had identified 1,200 opposition fighters to be vetted. Commander of the American Special Operations Forces in the Middle East, Major Gen. Michael Nagata, and his team, have been working to select and screen members of the moderate Syrian opposition groups for the program.

Saudi Arabia, Qatar and Turkey agreed to help opposition groups not only fight ISIS, but also battle the forces loyal to the regime. The agreement with Qatar is still being worked out, but the U.S. and Turkey have already signed a deal in February to train and equip moderate Syrian opposition forces.
Last Update: May 13, 2015 10:31 am
RELATED TOPICS