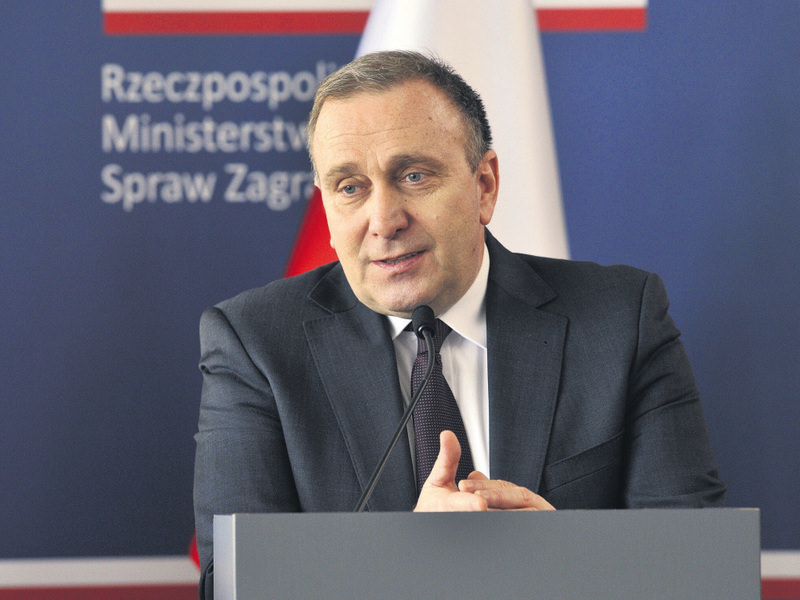 Poland and Turkey can significantly contribute to ensuring stability on a global level, Polish FM Schetyna told Daily Sabah after arriving in Turkey for NATO's Foreign Ministers' Meeting. He added that the two countries play a central role in their regions

Polish Minister of Foreign Affairs, Grzegorz Schetyna, said yesterday that after the Russian annexation of Crimea, he can see certain similarities between now and the Iron Curtain era. Answering Daily Sabah's questions while in Turkey for the NATO foreign ministers' meeting, Schetyna said that despite the similarities with the Cold War, he drew attention to the fact that today communication channels with Russia are still open. "The Iron Curtain was created in the previous century. At present we may recognize certain similarities to that difficult period of our history. They all have their source in the military and unlawful actions undertaken by Russia against the sovereignty and territorial integrity of Ukraine. However, today we have a history of cooperation with one another and many channels of communication and cooperation between Russia and the transatlantic community are still open. NATO is certainly not striving for a confrontation or an arms race. At the same time, the alliance has to show unity and determination toward our former strategic partner that is changing international borders in Europe by force," he said.

Touching on Turkey and Poland's role to ensure stability in the region, the minister emphasized that both countries can significantly contribute to ensuring stability, security and prosperity, both at the regional and global level. "Both countries are aware of their specific geographical location and they strive to bring significant added value to European security. As NATO member states, Turkey and Poland play a central role in their regions," the minister said.

Stressing that with converging political visions on various international issues, Minister Schetyna said that Warsaw and Ankara perceive NATO as the cornerstone of Euro-Atlantic security and the primary forum for transatlantic dialogue. "Both countries continue to highlight the fact that NATO's primary task is collective defense. The two countries contribute an important militarily share to the pool of forces and capabilities that underpin NATO's core tasks. Just as importantly, both countries have much to contribute to ensuring global security by taking part in various operations in the area of crisis management and peacekeeping/peacebuilding. Turkey and Poland also share the view that lasting security and stability in Europe can only be achieved by extending the membership of the Euro-Atlantic institutions," he added.

Describing the bilateral relations between the two countries as a strategic partnership, Minister Schetyna underlined that this partnership is being tested at a time of dynamic changes in our southern and eastern neighborhood. Answering about question what other fields Poland would like to improve ties with Turkey, Schetyna stressed that Poland is interested in increasing people-to-people contacts as well as regular political dialogue on issues of vital interest between Turkey and Poland. "We are very happy that Poland is the most popular EU country for Turkish Erasmus program students. We would also be glad to increase the number of tourists," he added.
Last Update: May 14, 2015 10:09 pm
RELATED TOPICS