FM Çavuşoğlu in Kiev for commemorations of deportation of Crimean Tatars 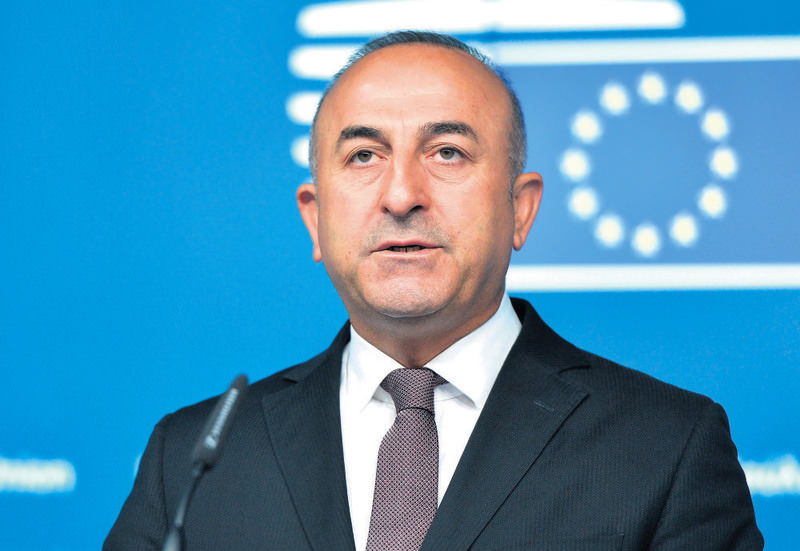 by Ayşe Şahin May 18, 2015 12:00 am
Foreign Minister Mevlüt Çavuşoğlu attended the commemorations in the Ukrainian capital Kiev to mark the 71st anniversary of the Crimean Tatars' exile ordered by Joseph Stalin in 1944.

Dignitaries from around the world traveled to Kiev to participate in the commemoration ceremonies taking place around the city to mark the anniversary of the Soviet era forced deportation of Crimean Tatars during which they were removed from the peninsula in trains and boxcars and sent to Central Asia. At the time, Tatars constituted around 20 percent of the population of Crimea, but they make up only 12 percent of its population today.

Turkey has been standing by the community over the exile they were subjected to during World War II and the oppression they are currently facing at the hands of Russia as part of the Ukrainian conflict. Since the turmoil in Ukraine, the cause of which is partly the illegal annexation of Crimea, Turkey, along with other world powers, has taken a stance against Russia, which is accused of occupying the peninsula, and has been expressing support over Ukrainian territorial integrity.
President Recep Tayyip Erdoğan issued a message to mark the anniversary in which he criticized, without specifying Russia, its illegal annexation of Crimea. Highlighting that international laws were disregarded over the matter, Erdoğan said: "The violation of rights restarted in the region, which is unacceptable."

Explaining that Tatars were removed from their homeland by force and exiled, he further stated: "Half of our brothers and sisters lost their lives during their struggle to survive and were massacred.

The events that took place on May 18, 1944 have been recorded in history as a disgraceful and black stain. No one will ever forget the atrocity and pain during this inhumane exile." He also expressed condolences over the deaths of Crimean Tatars who lost their lives during this forced deportation.

Crimean Tatars were deported during 1944 and were not fully allowed back to Crimea until Perestroika in the mid-1980s. What they left behind turned into ruins as part of Soviet persecution.

Although the Soviet Union issued a report admitting wrongdoing against Crimean Tatars, it still did not ease the settlement of the returning population. Crimean Tatars have, despite obstacles, been returning to their homeland since the 1980s.

The returning process of Crimean Tatars still continues. About 250,000 so far have returned, contending with hardships while carving out a fresh life on the peninsula.

Amid impediments, they have been trying to reclaim their national and cultural rights. However, a new kind of trauma began for them after Russia occupied and annexed Crimea last year, opening up a new page of pressure on the community.

President Erdoğan also touched on the current suffering Crimean Tatars face from Russia and said just when they were enjoying returning to their homeland, they entered another period of violation of rights imposed by Russia.

"This is inacceptable," Erdoğan said in his message, adding that Turkey will continue to support Crimean Tatars as it has always done.

Speaking on the margins of the NATO Foreign Ministers Meeting last Wednesday, Prime Minister Ahmet Davutoğlu said the crisis in Ukraine showed how fragile security and stability in Europe is, adding that Ukraine should be supported so that it can better provide security to its people.

"While extending our hand to Ukraine, we should not forget particularly the sufferings of the Crimean [Tatar] people. Illegal annexation of Crimea cannot be accepted anyway. Maintaining our contacts with Crimean Tatars and preventing their isolation is crucial in this regard," he added.
Last Update: May 18, 2015 10:59 pm
RELATED TOPICS