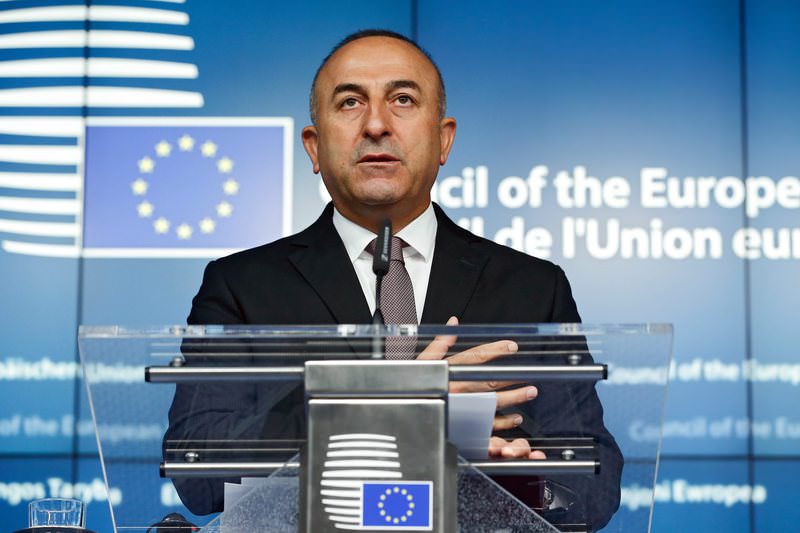 Turkish Foreign Minister Mevlut Cavusoglu attends a joint news conference after a EU-Turkey association council meeting at the European Council Headquarters in Brussels, 18 May 2015 (EPA Photo)
by Anadolu Agency May 19, 2015 12:00 am

Europe should fight against social exclusion of marginalized groups to tackle extremism and radicalization, said Turkey's Foreign Minister Mevlüt Çavuşoğlu at the Council of Europe's annual Committee of Ministers on Tuesday in Brussels

"Extremist groups have different cultural, psychological, and structural characteristics; there is no one-size-fits-all solution," Çavuşoğlu said at the meeting where foreign ministers across Europe are expected to adopt measures against foreign fighters, and added Europe "should address the root causes of radicalization."

"This is where the Council of Europe programs for fighting against the social exclusion of persons belonging to marginalized groups become essential," he said.

The Council of Europe's protocol aiming to prevent terrorism has so far been signed by 44 of the organization's 47 member states. It will require countries to criminalize acts of intentionally fighting with terrorist groups abroad.

The plan comes following the deadly attack on Charlie Hebdo magazine in Paris and anti-terror raids across Belgium in January, and twin shootings in Denmark in February.

Çavuşoğlu's comments on addressing social exclusion of certain groups in Europe echoed EU Counter-Terrorism Coordinator Gilles de Kerchove's calls on EU member states in late January to fight against discrimination and Islamophobia in Europe as part of an anti-terror strategy.

Officials say around 5,000 Europeans have gone to Syria and Iraq to fight with extremist groups such as Daesh. Many return to Europe militarily trained and ideologically brainwashed.

EU officials have warned of discrimination against European Muslims in order to prevent radicalization, especially following anti-Islam protests in Germany and a series of arson attacks on mosques in Sweden.