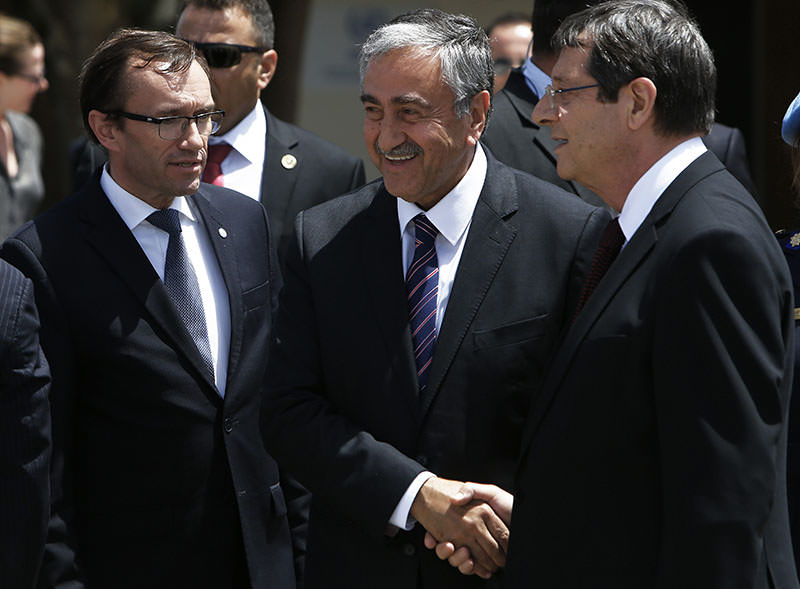 According to a recent calculation by Greek Cyprus, peace efforts to unite the island will cost 25 billion euros. Both Greek and Turkish Cypriots will possibly resort to funds from the international community and the U.N., which is supporting the peace talks, to meet the expenses

The unification process involving Cyprus will last 10 years, costing the island more than 25 billion euros, according to a study conducted by Greek Cyprus.

Greek and Turkish Cyprus are back at the negotiating table to push forward the peace talks that were put on ice for seven months due to Turkish Cyprus claiming rights to search for natural sources off the island's southern coast. The newly-elected Turkish Cypriot President Mustafa Akıncı and his Greek counterpart, Cypriot President Nicos Anastasiades recently held a second official meeting under the supervision of the U.N., and formed close ties right after the peace talks commenced, reflecting their sincerity to reach a resolution on the island.

The island's reunification efforts were also lauded by the international community as well as by Cypriots, and the island has never been as close to a settlement as it is now, taking into consideration the pace of progress.

Although everything is on track with fresh improvements that emerged with the second meeting between the two leaders, such as the opening of two more border gates and the formation of a committee to open more, the cost of resolution on the island is considerably high, according to the latest calculations.

In efforts to bring about a permanent solution to the long-divided island, Akıncı and Anastasiades met on Thursday along with U.N. Special Representative in Cyprus Lisa Buttenheim and U.N. Special Adviser for Cyprus Espen Barth Eide. During the four-hour meeting, initial observations from the beginning of the meeting indicated a sincere environment, with five critical steps being agreed to in the quest for a permanent solution. Underlining the productivity of the reunification talks, Eide tweeted on his personal Twitter account the day before that Turkish Cypriot Minister of Foreign Affairs Özdil Nami and Greek Cypriot negotiator, Andreas Mavroyiannis, have presented their joint work to the Turkish and Greek Cypriot leaders. Following the meeting, Akıncı and Anastasiades announced the start of five critical agreements as confidence-building measures that are necessary initiatives to work toward the opening of the Aplıç and Deryneia border gates, which are significant for both Greek and Turkish Cypriots. Akıncı, assessing the meeting with Anastasiades, told the media that committees will be established with a view to opening additional border gates.

During the first meeting, Akıncı announced that people crossing any of the seven north-south checkpoints along the U.N.-controlled buffer zone will no longer need to fill out a form, speeding up the process.

The integration of GSM communication networks between Greek and Turkish Cyprus, which have long been awaited by both sides, was agreed to in the second round of reunification talks. Speaking to the media, Akıncı said that the integration of communication networks will benefit everyone on Cyprus, and that another committee responsible for the process of establishing such integration has been assigned. In addition to resolving the technical issues regarding integration of GSM networks, Akıncı also announced that interference of radio and TV frequencies will also be resolved with initiatives from both sides. Joining the electricity grids was announced as another critical agreement made in the second round of talks.

The dispute on the island started in the 1960s when a Treaty of Guarantee was signed between Turkish and Greek Cypriots along with the British government over the island. The treaty stipulated that Cyprus would not participate in any political or economic union with other states, but three years later, Turkish Cypriots were ousted by force from all bodies of the new republic by Greek Cypriots. Later, Greek Cyprus claimed to be the representative of the island, known as the Republic of Cyprus, which is not recognized solely by Turkey.
Last Update: Jun 01, 2015 10:49 pm
RELATED TOPICS