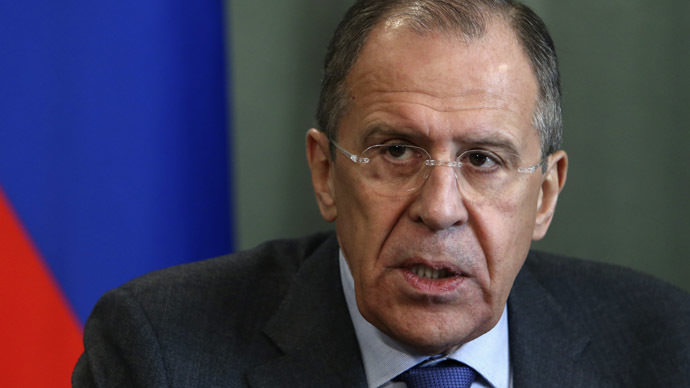 by Sergey Lavrov Jun 03, 2015 12:00 am
I am glad to have the opportunity to address the Turkish public when Russia and Turkey celebrate a memorable date – the 95th anniversary of diplomatic relations.

At a turning point in their history, our two countries decided to give each other a helping hand. After World War I, Russia and Turkey found themselves in a difficult situation. The war ended with the occupation of part of Turkish territory and the signing of the Treaty of Sevres, infringing upon the rights of the country. When the Russian Revolution took place, the new state went through an intervention by the Entente allies of the Russian Empire. In those circumstances, mutual support meant a lot. Russia was the first to recognize the government of the Grand National Assembly of Turkey and provided it with arms and funds.

It is known that in the 1930s and 1960s, our country played a crucial role in establishing and developing Turkish national industry. The beginning of Russian natural gas supplies to Turkey at the turn of the 1990s marked a new page in the relations between the two countries. During this period, trade, economic and investment cooperation and person-to-person contacts significantly increased. One can say that our peoples rediscovered each other. Gradually, relations between Russia and Turkey acquired new meaning and grew into an advanced multi-faceted partnership, which, in some areas, have become strategic.

Intensive trust-based political dialogue between the leaders, inter alia within the High-Level Cooperation Council founded in 2010 and headed by the presidents of our countries – coordinating joint activities in all the spheres of Russian-Turkish cooperation – gives the necessary impetus for further cooperation. Its fifth meeting took place in December 2014 in Ankara and the next meeting is planned to be held by the end of 2015.

We attach great importance to the activities of the Joint Strategic Planning Group chaired by the ministers of foreign affairs, which is aimed at strengthening international and regional security and stability.

The interaction in the field of energy plays a key consolidating role in our relationship. Our strategic partnership in this field is mutually beneficial and is not subject to fluctuations in the political environment. The launch of the Blue Stream gas pipeline became an important milestone in our cooperation at that moment, and the pipeline has been operating successfully for many years. One of the main tracks of the dialogue in this sphere is a project of building another pipeline through the Black Sea known as the Turkish Stream. We continue to carry out a major investment project on the construction of Turkey's first nuclear power plant at the Akkuyu site based on Russian technology.

Russian and Turkish line ministries and departments undertake consistent efforts to gradually remove trade barriers, liberalize the sphere of service trade and create joint investment structures.
It is difficult to overestimate the importance of fast developing cultural and humanitarian, scientific and educational ties and tourist exchanges for strengthening the atmosphere of trust and mutual understanding between our peoples.

The fact that Russia and Turkey are the only countries situated both in Europe and Asia makes them unique. This geopolitical location determines their special roles in regional and international affairs. We note with satisfaction that the approaches of our countries are similar or very close on a whole range of international agenda issues. Needless to say, we may not always agree on some issues. This is natural for large states pursuing independent foreign policies. However, it is important that even when differences arise, both sides try to overcome them in a constructive and non-confrontational manner.

Additional opportunities are opening today for expanding bilateral trade, including intensifying cooperation in supplying Turkish food products to Russia. We are glad that export of certain Turkish goods to our country has recently increased significantly and today Turkey is among Russia's leading trade partners.

Priority directions for joint efforts include cooperation in the Black Sea basin so that peace, stability and security are ensured through the efforts of the regional states.

Russian-Turkish relations have passed the test of time and today they are an example of neighborly relations, mutual respect and the ability to reach compromise on most difficult issues. I am convinced that it is in our common interests to preserve and develop this valuable resource of partnership and cooperation for the benefit of the present and future generations of our peoples.

With all my heart I congratulate our Turkish friends on this landmark date of our relations and wish peace and prosperity to the people of Turkey.