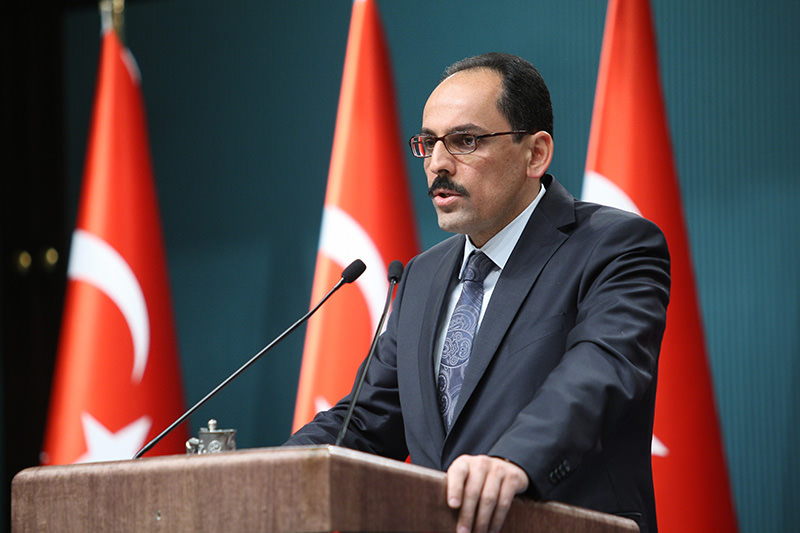 Kalın wrote: "Which newspaper serves as a mouthpiece for that anti-Erdogan lobby?" also mentioning The New York Times twitter account.

Erdoğan has recently not been on good terms with The New York Times, which has intensified its efforts on caricaturizing Erdoğan as a dictator. The newspaper claimed that Erdoğan was "demonizing" social media in Turkey and "silencing his political rivals," to which the president answered by saying that The New York Times's stance was biased.

In one of its anti-Erdoğan campaigns, the newspaper wrote on its official Twitter account, "Which leader has a 1,150-room palace more than 30x the size of the White House?" to which the Kalın replied by saying the newspaper was serving as a "mouthpiece" for certain lobbies.

Erdoğan said that The New York Times should not interfere in Turkey's internal matters and that the newspaper only embraces a superficial look at Turkish politics. Justice and Development Party (AK Party) officials have said that some international media outlets have depicted a different picture from reality regarding Turkey's current situation, claiming that they portray a gloomy outlook and deliberately for some ulterior motives avoid drawing attention to the AK Party's achievements during the past 12 years.