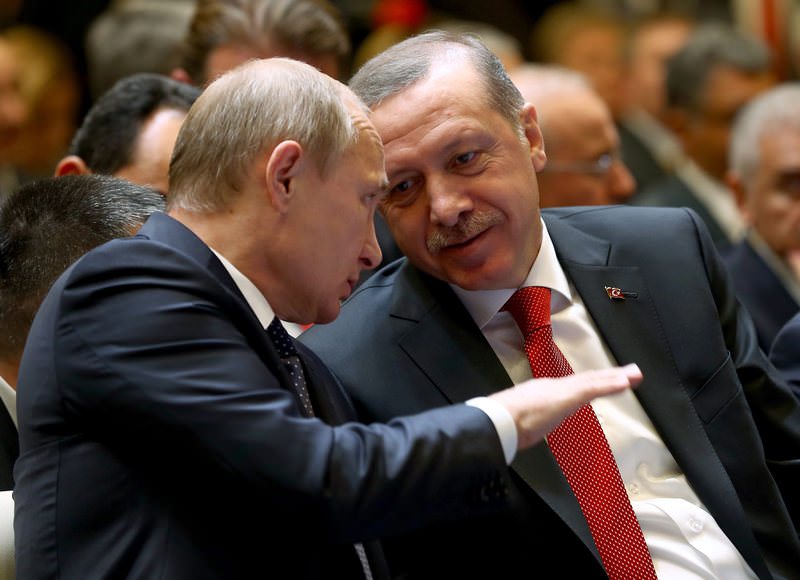 by Daily Sabah Jun 11, 2015 12:00 am
Turkish President Recep Tayyip Erdoğan and his Russian counterpart Vladimir Putin are set to meet privately during their attendance of the opening ceremony of the European Games 2015 in Azerbaijan's capital Baku on Friday.

On Thursday, Kremlin made a statement prior to the meeting saying, "Russia and Turkey remain very important partners in terms of trade, economy and investment, partners in major projects in various areas."

"Using the opportunity that they both will be there, Putin and Erdoğan have decided to meet separately the next morning," Kremlin spokesman Dmitry Peskov said.

Peskov also told reporters that the sides will exchange views on major projects on the bilateral agenda, implying that Erdoğan and Putin may discuss the construction of the Turkish Stream natural gas pipeline during the meeting.

The two leaders will meet for the first time after Putin's referring to the compulsory relocation of Ottoman Armenians in 1915 from Anatolia as "genocide" during the commemoration ceremony in the Armenian capital Yerevan last month.

Putin's remarks were later heavily criticized by Erdoğan, when he said that Russia should account for its actions in Ukraine and Crimea before calling the 1915 mass killing of Armenians by Ottoman Turks "genocide".
Last Update: Jun 12, 2015 12:55 am
RELATED TOPICS