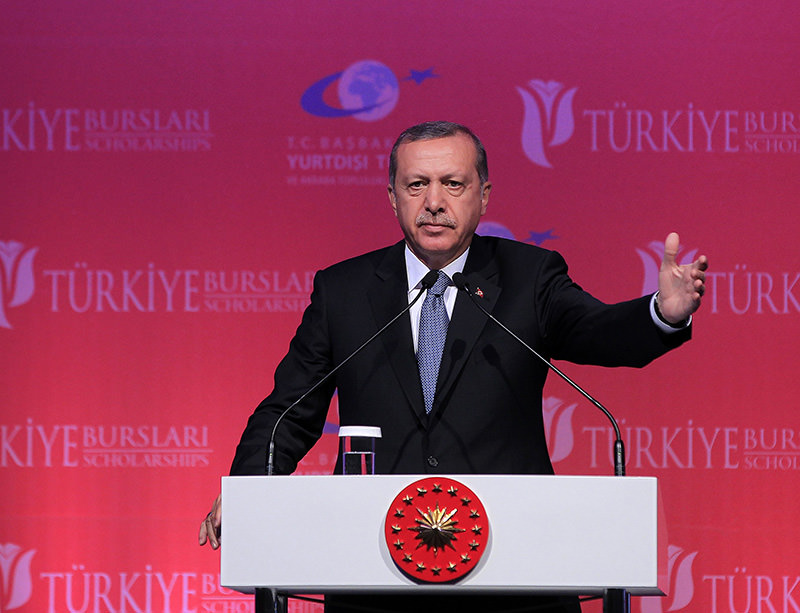 In a press statement released on Tuesday Erdoğan stated that Turkey urges the international community to take action against the death penalty decision on Morsi.

The judicial process in which Morsi and 105 others were sentenced to death on Tuesday shows that current Sissi regime has "trampled on law" in the country, according to Erdoğan.

"In order to reinstate social compromise and stability in Egypt, it is of vital importance that the death sentence given to Morsi and other defendants be reversed," Erdoğan stated in his press release.

Turkey wishes that common sense, democracy, and law prevails in Egypt and Turkey will always be on Egyptian people's side, Erdoğan further said.

Turkey's Ministry of Foreign Affairs has also released a statement on Tuesday, condemning the death sentence.

The statement noted that the death sentence will not contribute in any manner to the societal peace and stability necessary in Egypt, while calling the Egyptian authorities to revoke the decision before it is too late, for the interests of Egypt and the region.

The Egyptian court's decision to sentence the former President Mohamed Morsi to death was based on politics, not the law, Turkish Foreign Minister Mevlüt Çavuşoğlu said on a separate occasion on Tuesday.

"There is no law, there is no justice," Çavuşoğlu said during a news conference broadcast live by TRT state television.

"We weren't actually surprised... to see such a political verdict from a regime like that," he said.

Morsi, Egypt's first democratically-elected president, was ousted by the country's military in July 2013 after only one year in office, following mass protests against his rule.