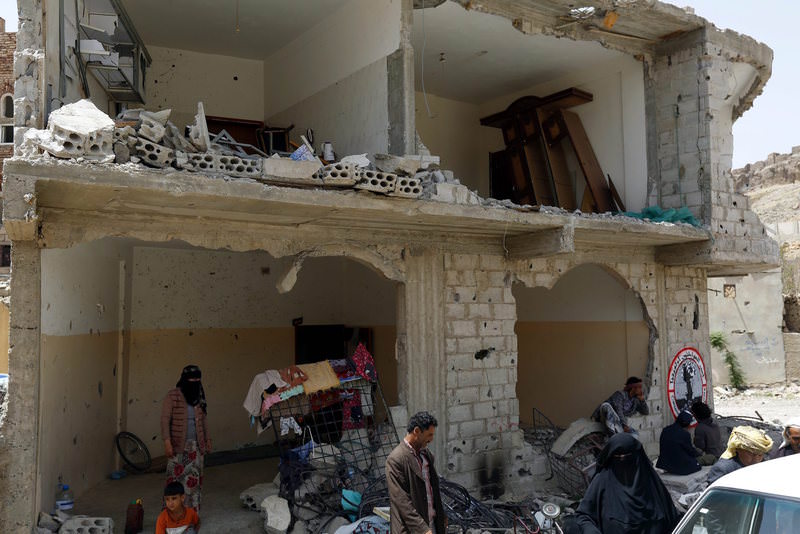 |EPA Photo
by Anadolu Agency Jun 16, 2015 12:00 am
Turkey is "deeply concerned" over the humanitarian situation in Yemen and is calling for a political solution for peace, Turkey's foreign minister has said.

"Eventually it is the Yemeni people who suffer most from the current conflict and we are deeply concerned about the humanitarian situation," said Mevlüt Çavuşoğlu on Tuesday.

His remarks came at the extraordinary meeting of the Organization of Islamic Cooperation (OIC) Ministers of Foreign Affairs in the Saudi city of Jeddah.

Çavuşoğlu said the Houthis should act "responsibly" and allow humanitarian pauses, and should not attempt to exploit these pauses to gain a military advantage.

The minister recalled Turkey had dispatched humanitarian aid to Aden and assistance in Djibouti for Yemeni refugees.

Reiterating Ankara's "consistent" call for a political solution to the crisis, the minister said the OIC could form a contact group for mediation.

He said the OIC member states could encourage the Yemeni parties to act "constructively" and engage in peaceful dialogue.

"The OIC and the member states may have a role in the implementation of an eventual political agreement, if requested by the government of Yemen," said Çavuşoğlu.

At the end of his speech, Çavuşoğlu drew attention to Syrian refugees in Turkey and called on member states to contribute in a spirit of humanitarian responsibility.

According to the United Nations, nearly 20 million Yemenis are now in need of humanitarian assistance, which is 78 percent of the entire Yemeni population.

The number of people who need humanitarian assistance in the country increased by 4 million with the Saudi intervention in March 2015, it said.

Fractious Yemen has remained in turmoil since last September, when Houthi militants overran Sana'a from which they have sought to extend their influence to other parts of the country.