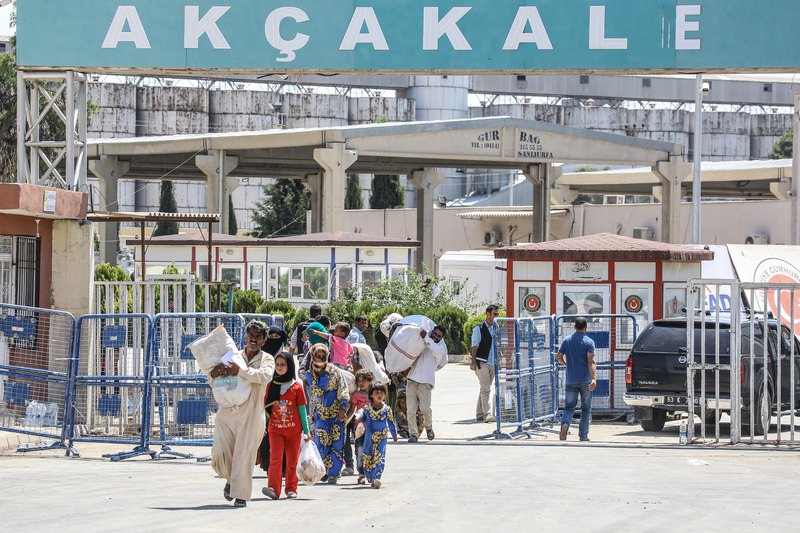 by Daily Sabah with Reuters Jun 16, 2015 12:00 am
Turkey has told the United States it is concerned about the displacement of Turkmen and Arabs from around a Syrian border town of Tel Abyad captured by Kurdish PKK-affiliated Democratic Union Party (PYD) group on Monday from the self-proclaimed Islamic State in Iraq and al-Sham (ISIS) with the assistance of U.S.-led coalition air strikes.

"Turkey's discomfort regarding Tel Abyad has been conveyed to the United States both in Ankara and in Washington," a Turkish official told Reuters.

"The Turkmen and Arabs in the Tel Abyad region are being forced to migrate. There is an attempt at a demographic adjustment. Turkey has shared its worries on this issue with the United States."

The town of Tel Abyad was taken from the ISIS militants on Monday. Ankara, which recognizes PYD's YPG fighters as terrorists, is worried that the vacated town will be filled with the PYD's YPG forces and their presence close to the Turkish border could put its security under threat.

As a result of the ongoing clashes between the ISIS and PKK-affiliated PYD forces in Syria, more than 20,000 civilians, mainly Turkmen and Arabs have left their homes and came to the Turkish bordergate of Akçakale district, in the southeastern Şanlıurfa province.
Last Update: Jun 16, 2015 7:06 pm
RELATED TOPICS