Lord Balfe: EU has never been honest to Turkey 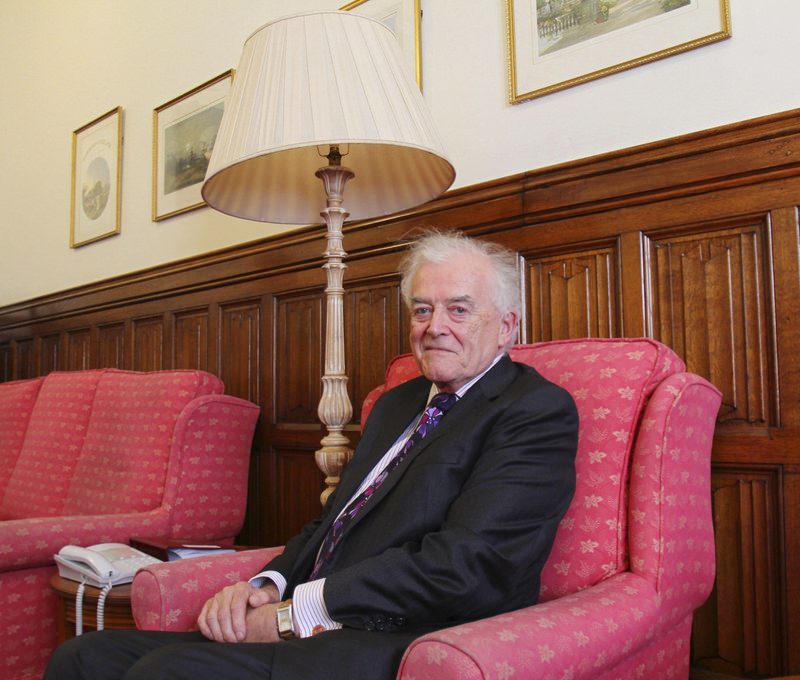 by Büşra Akın Dinçer Jul 02, 2015 12:00 am
Turkey's historical engagement with the European Union has always had its ups and downs, but most of the time uncertainty played a huge part. The first interaction dates back to 1959 when Turkey applied for association to the European Economic Community (EEC).The Ankara Agreement, signed between Turkey and the EEC in 1963, gave the prospect to provide membership. However, in 1987 when Turkey applied for full EU membership, things got serious. Two years later Turkey's application was confirmed, but rejected by the EU on the grounds that it has democratic deficiencies. Turkey entered final period of accession in 1995, after years of its transition process. However, in the EU Summit held in 1997, Turkey was not mentioned among candidate countries.

To date, the EU-Turkey Association Committee has held 123 meetings and the Turkey-EU Association Council has held 53 meetings. There have been many progress reports, EU-Turkey strategies and national strategies of Turkey for accession. There has always been new criteria that Turkey needed to fulfill. Unfortunately, there have always been more conflicts than cooperation, and as a result Turkey lost its ambition to join the union.

One of the most experienced names in European Parliament (EP) on relations with Turkey is Lord Richard Balfe, a former deputy from the Conservative party in the U.K. Lord Balfe has been through all the accession processes and built a special interest in Turkey's membership. Spending years in the EP-Turkey Joint Parliamentary Committee, he built a unique perspective on the accession process.

Speaking to Daily Sabah, Lord Balfe told the reasons why the EU, despite approving many other countries, is confused about Turkey.

"The relationship between Turkey and the EU has always been difficult as the EU has never been honest to Turkey. That is the problem. In 1960, we signed the association agreement and nobody really thought about what they were signing. When they said about prospective future membership, nobody really thought about it, nobody meant it. Then as it got closer, they suddenly realized that they have all sorts of objection to have Turkey in the EU. They hid behind various smoke screens called human rights or Cyprus. But the fact of the matter is it has always been a fundamentally dishonest relationship on the part of the EU.

They have always tried to give an impression that if only this problem is solved or if only that problem is solved then Turkey would be admitted to EU. But I do not think that they have really meant that. I recall when I was in the European Parliament, we used to get resolutions put down by anti-Turkish groups. They would say if Turkey cannot do this it cannot be admitted to the EU.

And I used to say these people that I have got a few friends in Turkey, if I could persuade them to do these things, you would vote for Turkish admission? They would always say: 'Oh, well there are other things.' Why were they not being honest? Why do you put this rubbish in resolutions. This is nothing to do with Turkey joining EU."

Lord Balfe said the reasons behind the complications of Turkey's accession process are not to be searched for in Turkey but in delusions of European countries.

"The real reason is Germany does not want another big country in the EU. Many Europeans have a totally irrational fear of Turkey. They believe they are going to be overrun. If we would be overrun, it would happen when we admitted huge number of people from Eastern Europe who did not even know how to run a country. Turkey is a decent, capitalist country. It is properly run. I also do not buy this argument that we cannot accommodate a Muslim country, we have a 5 million Muslim population already here. Most countries have racism in them, fear of the unknown."

Over the past few years, Greece has become the most problematic country of the European Union. With serious social and economic problems, Greece is on the eve of a catastrophe. An exit from the eurozone is on the table, which will be unmanageable and drag the country into chaos. Lord Balfe said that Greece acted irresponsibly and is now facing the consequences.

"Greece was known for 2,000 years as the home of democracy, but it is not. I am not sympathetic to Greece. I get fed up with poor little me. They have overspent they have made a complete mess out of the country. So did Ireland, Italy and Spain. The only difference is those countries have sorted things out."
Last Update: Jul 02, 2015 8:20 pm
RELATED TOPICS