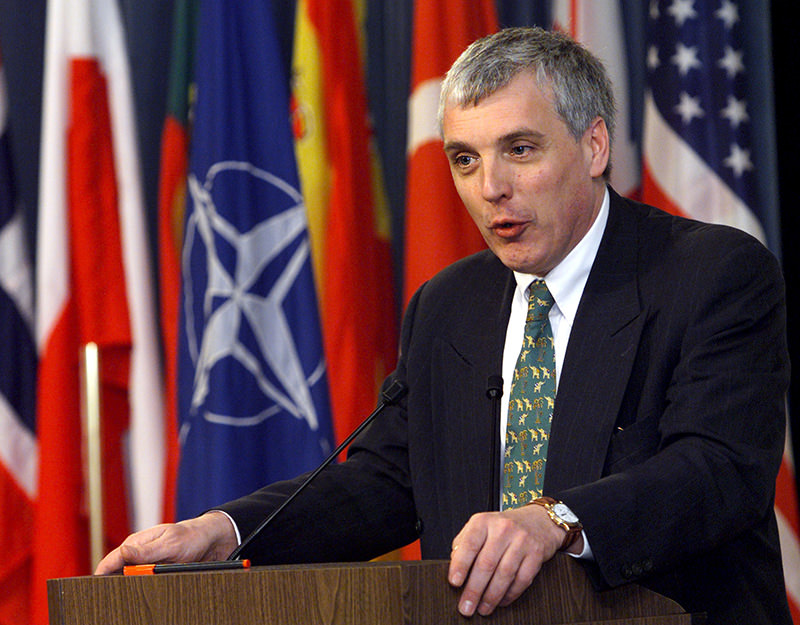 | Reuters Photo
by Nurbanu Kızıl Jul 02, 2015 12:00 am
Jamie Shea, NATO's Deputy Assistant Secretary General for Emerging Security Challenges, underlined that Turkey's leadership is necessary as its strategic position enables it to act as a leader in many issues throughout the region.

Shea, who was invited to an exclusive conference, organized by Istanbul's Bahçeşehir University and NATO's Public Diplomacy Division on June 25 to hold the keynote speech, highlighted Turkey's position and that its soft power plays a significant role in regional dynamics.

"A multitude of threats coming at us at once, first time in our history," Shea said, noting that global and regional dynamics are no longer the same as they were during the Cold War. He stated that for the first time in history, NATO powers need to act and think collectively for the defense of eastern allies.

Shea stated that Turkey can resolve many of the problems without NATO, but NATO cannot solve them without Turkey. He said that Turkey has had economic and political stability and praised Turkish democracy for its success, especially with regards to the representation of women in the parliament, who now make up 20 percent of the Grand National Assembly of Turkey (TBMM). He also added that the elections in the Turkish Republic of Northern Cyprus (TRNC) promised opportunities to resolve the decades-old conflict on the island.

He underscored that Turkey's role is key in issues like border security, energy and refugees throughout the region including Syria, Cyprus, the Mediterranean, and the Balkans and also touched upon Turkey's strategic role in energy. He stated that issues which are considered as "immediate security priorities for Turkey" also concern its NATO allies, underlining that intelligence sharing between Turkey and its NATO allies regarding border crossings to Syria was extremely valuable.

Shea said that Turkey should preserve its leadership position regarding the Cyprus issue and use initiatives the same way it did during the Kofi Annan Plan of 1999 [mention the year].

Shea also stated that it was crucial for negotiations to restart between Turkey and the European Union.

The conference entitled "Changing Region: The role of Turkish Foreign Policy and Soft Power" was held in Istanbul, where academics, policy makers from NATO, the EU and Turkey, analysts, and others participated to discuss a number of issues including the changing regional dynamics, NATO, EU relations, shifting power dynamics and challenges to border security.