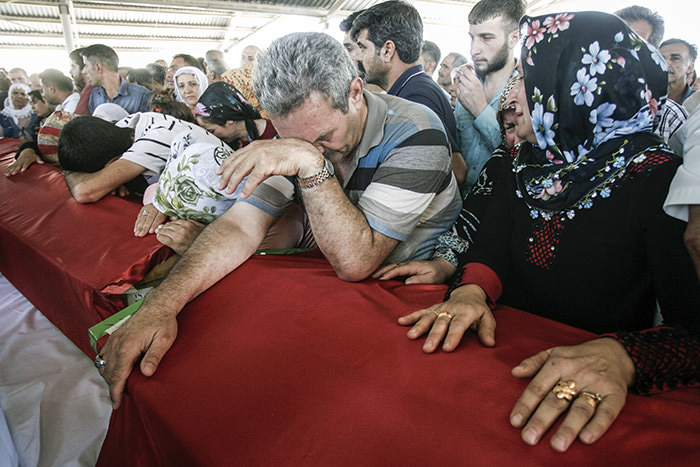 by Daily Sabah Jul 21, 2015 12:00 am
German Chancellor Angela Merkel and French President Francois on Tuesday passed on their condolences to Turkey over terrorist attacks in Turkey's southeastern Suruç district, which killed 32 civilians and injured over 100 on Monday.

German Chancellor Merkel said in a message to Prime Minister Ahmet Davutoğlu that they would side with Turkey in the fight against terrorism.

"We are allies in fighting terrorism, our common goal is to ensure that nations live together in peace and protect our common values," she said.

French President Hollande passed his condolences to President Recep Tayyip Erdoğan over a phone call, also emphasizing the importance of co-operation in the fight against terrorism.

President Erdogan noted that the target of terrorist attacks in Suruç were the stability of Turkey. Those behind organizing the attacks will be caught and punished, the president added.

Erdoğan said that Turkey will support France in its fight against terrorism and expects the same support from all of Turkey's allies.
Meanwhile, Council of Europe Secretary General Thorbjørn Jagland said, "I strongly condemn the barbaric attacks targeting innocent victims."