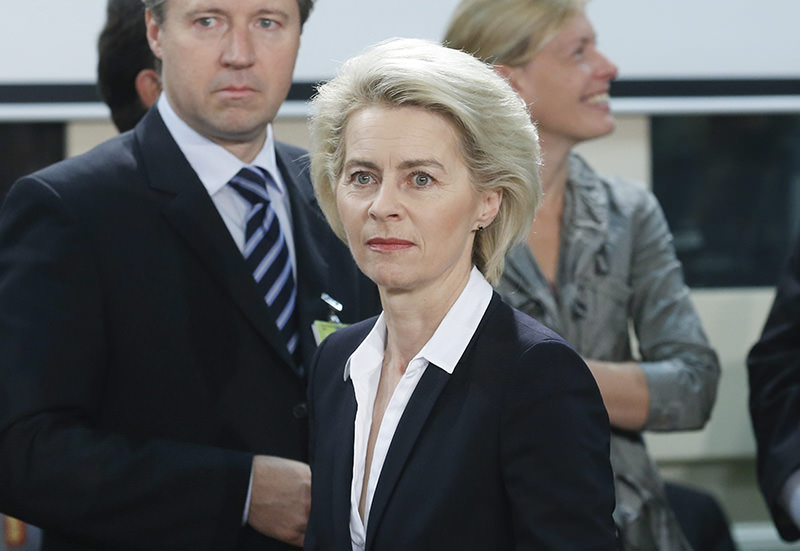 Speaking to German Bild daily, von der Leyen claimed that it was as important for Turkey to make peace with the PKK as it is to fight the Islamic State of Iraq and al-Sham (ISIS), and that the airstrikes against the PKK "threatened to destroy the two-year cease-fire" between Turkey and the PKK, disregarding the fact that the PKK has already announced the end of the cease-fire and has been attacking construction sites and security officials in Turkey since early July.

"It is crucial that the countries of the region are now also taking action against the terror of ISIS, putting aside religious divisions, standing against this barbaric terror," von der Layen said, highlighting that the Kurdistan Regional Government's (KRG) peshmerga fighters in Iraq should be supported.

Turkey and Germany are both members of the international coalition formed against ISIS. Although Germany has not joined the U.S.-led military strikes, it provides military equipment and training to the Iraqi Kurdish peshmerga forces. Germany has come under fire after some weapons sent to peshmerga forces last year passed into the hands of the PKK, according to Süddeutsche newspaper.

German politicians have made contradicting remarks regarding the PKK. Volker Kauder, who is referred to as the "right hand" of Chancellor Angela Merkel, had said Germany can send weapons to the PKK, while Minister of the Interior Thomas de Maiziere said the PKK was responsible for violent street protests in Turkey. "The PKK is a terrorist organization and it will continue to stay so for us," he said.

In February, the German government opposed a proposal to lift a ban on the PKK. Legislators criticized the proposal based on the grounds that the PKK has not changed its terrorist ideology and agenda, which contradicts international understanding. According to reports, German courts have convicted more than 4,500 PKK suspects, while the country, which has about 700,000 Kurdish immigrants, outlawed the PKK in 1993 following a series of violent protests.

According to a report released by de Maiziere, Germany's extreme leftist political parties are in cooperation with the PKK, and the PKK is trying to leave behind its terrorist image, exploiting the sympathy it has received through the clashes with ISIS in Syria and Iraq.

KRG President Masoud Barzani expressed his support for Turkey in the fight against terrorists, according to a recent statement made by Prime Minister Ahmet Davutoğlu who highlighted that Barzani told him Turkey's anti-PKK and ISIS operations were based on legitimate grounds.