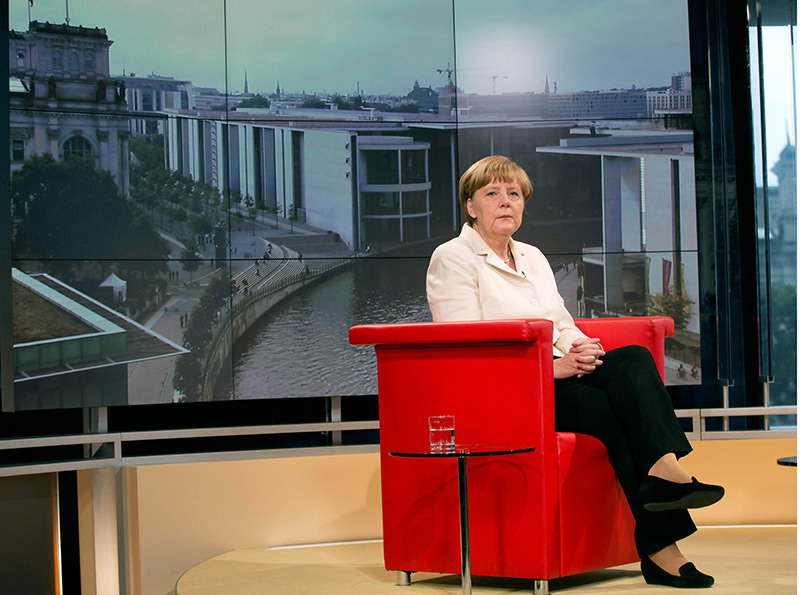 German Chancellor Angela Merkel waits prior to an interview at the TV studios of German public broadcaster ARD in Berlin, Germany, Sunday, July 19, 2015 (AP photo)
by Daily Sabah with Reuters Jul 26, 2015 12:00 am
Germany will support Ankara in its fight against extremists, Chancellor Angela Merkel told Turkish Prime Minister Ahmet Davutoğlu in a phone call on Sunday, but she also urged the Nato partner to keep measures appropriate.

Davutoglu informed Merkel by phone about the actions of the Turkish government in the "fight against terrorism" following the attacks in Suruç and other attacks against Turkish security forces, a German government spokesman said.

Merkel assured Davutoğlu of Germany's solidarity and support, the spokesman said, but he also added: "In this context she recalled the principle of proportionality in the implementation of necessary measures.

"The Chancellor also appealed that the peace process with the Kurds should not be given up, but continued despite all the difficulties," the spokesman added.